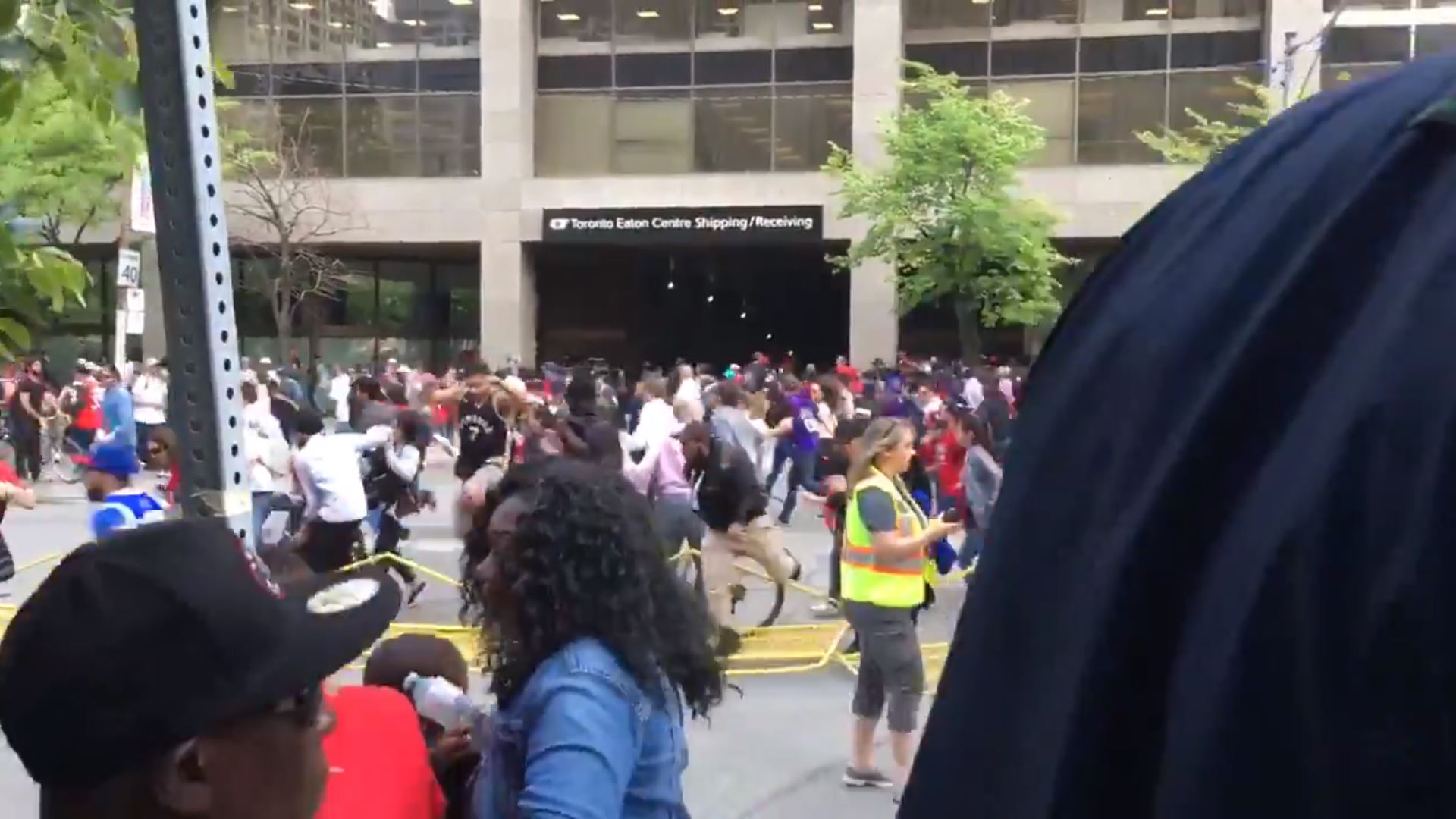 All hell broke loose at the 2019 Toronto Raptors championship parade.

Multiple reports of a shooting breaking out were reported by fans before the city’s police operations confirmed the worst.

Fans running after a shooting near the Raptors Championship Parade.

I’m on the roof of city hall and something is happening. People are running including what looks to be cops and security pic.twitter.com/FEbhw88OqI

While this occasion was supposed to be a celebration of the franchise’s first-ever championship, it has quickly turned into a nightmare. From the videos, you can see numerous people running while everyone is in panic.

Typically, championship parades draw thousands upon thousands of people to one central area. Although there are dozens of police, safety and security operations, you never know what can happen.