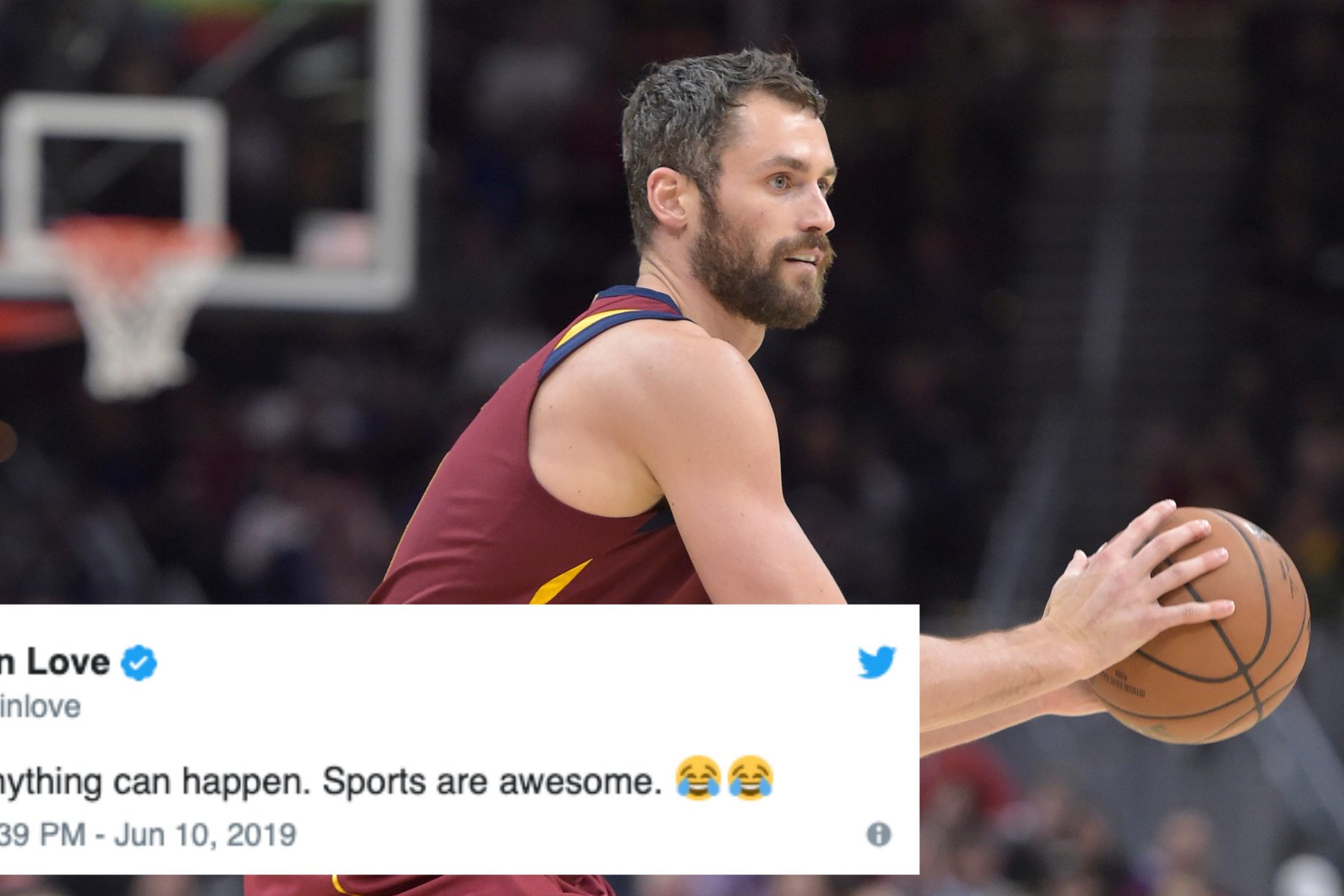 Kevin Love is no stranger to the NBA Finals, and he is especially familiar with the 3-1 deficit that the Golden State Warriors faced prior to Game 5 of the 2019 NBA Finals.

After the smoke cleared Monday night, the series stood at 3-2 after the Warriors beat the Toronto Raptors, 106-105, to stun the Scotiabank Arena crowd.

The win prompted the Cleveland Cavaliers power forward to tweet his thoughts on the series, saying that he believes the series will go the full seven games.

Going 7. Anything can happen. Sports are awesome. ??

Love was part of the historic Cavs team that won the 2016 NBA Finals after going down 3-1 to the Warriors.

It started with a Game 5 win in hostile territory before Cleveland won at home for Game 6. In the winner-take-all Game 7, Love and company finished off the Warriors at Oracle Arena with an improbable 93-89 win to give the Cavs their first title in franchise history.

In Golden State’s case, it is hoping to become only the second team in league history after the Cavs to overcome a 3-1 deficit to win the Larry O’Brien Trophy.

Game 6 will be held at the Warriors’ home stadium, but with star Kevin Durant out for the series after suffering an apparent right Achilles injury, they will be hard-pressed to repeat the Cavs’ history-making feat.

But as Love said, in sports, anything can happen.