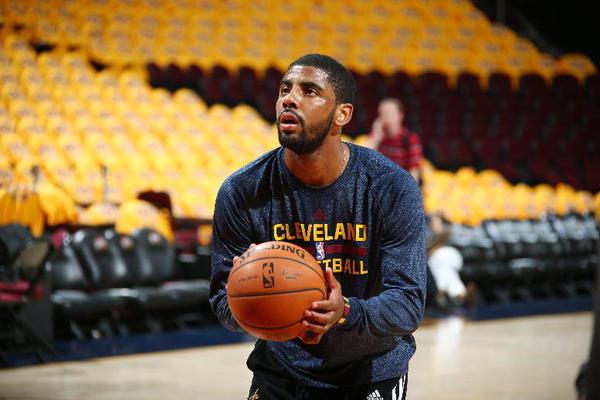 Writer Chad Zumock, who is most famously known for breaking the news last year that LeBron James was coming back to Cleveland, is now reporting that point guard Kyrie Irving is already back on the court, running on his surgically repaired kneecap.

BREAKING: I’ve been slouching with #Cavs talk but a source told me Kyrie Irving ran for the 1st time today since his injury in the Finals.

BREAKING: Since I dabble in Cavs news (I broke LeBron coming home by the way) I heard from my very reliable… http://t.co/3blFdGIcUs

This is fantastic news for the Cleveland Cavaliers as Irving, who fractured his kneecap during Game 1 of the NBA Finals this past season, was rumored to return near the end of October in a best-case scenario and as late as January in a worst-case scenario.

Back in July, the three-time All-Star went on to say,

“I’m honestly not putting a date on anything. People are going to put a date regardless. I’m just continuing to be on the journey I’ve been on, and that’s continuing to get better every single day and rehabbing my leg.”

Although the plan for now is to bring back Irving slowly as to not risk any setbacks, it is a good sign that the point guard is progressing well ahead of his timetable to return.