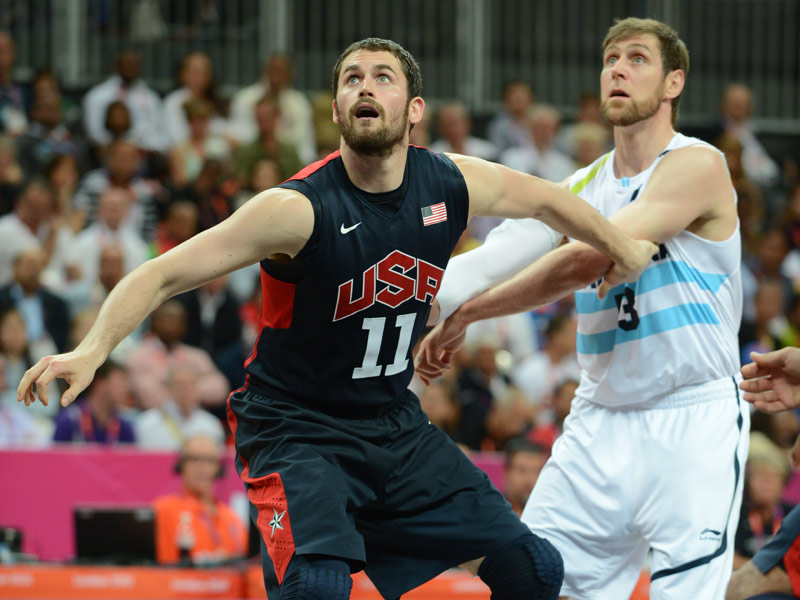 Preparations for USA Basketball’s play in the FIBA World Cup are set to get underway in August, when the team begins its training camp.

One ESPN insider indicates that Cleveland Cavaliers power forward Kevin Love is reportedly one of the players looking to compete for a roster spot.

The event, which was last held in 2014, is taking place in eight different cities in China from Aug. 13 to Sept. 15. It serves as a qualifier for the 2020 Summer Olympics in Tokyo and will have 32 different countries competing.

Love has competed before on the international level and has won gold medals as part of the 2010 FIBA World Cup and the 2012 Summer Olympic teams. He was also a finalist for the 2016 Olympic squad.

Coming off an injury-plagued season that limited him to just 22 games, Love is looking to bounce back during this event. He turns 31 years of age during the competition and is poised to begin the first season of a four-year contract extension he signed with the Cavs last year.

Despite getting older, Love does offer Team USA a player who has the potential to deliver a double-double in each contest. In his limited time on the court during the 2018-19 season, he averaged 17.0 points, 10.9 rebounds and 2.2 assists per game.