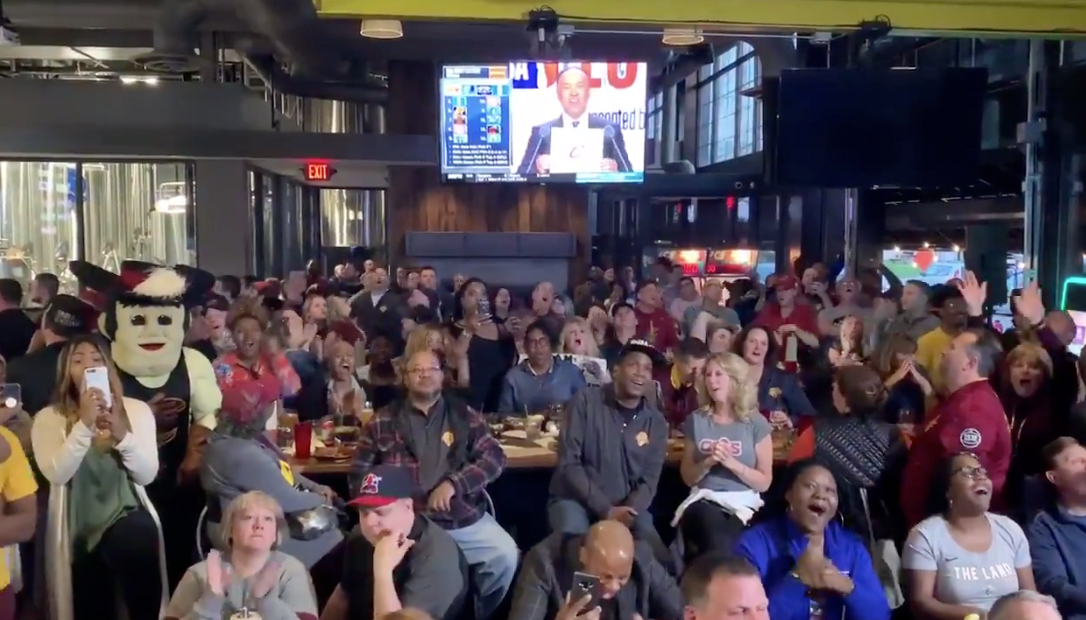 The Cleveland Cavaliers and their fan base experienced a major letdown at Tuesday night’s NBA Lottery in Chicago when they were awarded the fifth overall pick.

The realization that the team likely won’t be drafting either Zion Williamson or R.J. Barrett from Duke University, nor Ja Morant from Murray State University, hit hard for fans watching in downtown Cleveland.

The #Cavaliers get the fifth pick in the NBA Draft. Here was the reaction at the #Cavs lottery party pic.twitter.com/TzAM4LCt6h

With this year’s draft a question mark after those three choices above, the Cavaliers must now take a look at many more candidates than they had hoped when they finished with a 19-63 record for the 2018-19 season last month.

The fact that the top pick was obtained by the New Orleans Pelicans holds some irony for the Cavaliers. That’s because the man who will be making that top choice will be the Cavs former general manager, David Griffin.

The Cavaliers had the same odds of obtaining the top pick as the New York Knicks and Phoenix Suns, with both teams also coming up short. The Knicks have the third overall pick and the Suns have the sixth for the draft on June 20.