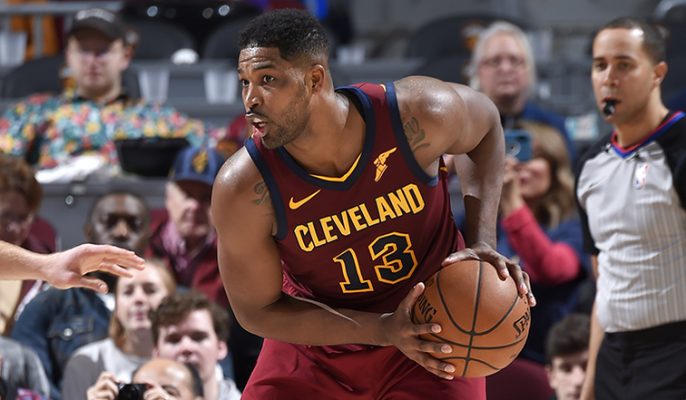 The Cleveland Cavaliers are in the midst of a total rebuild, and that could very likely include saying goodbye to some of the team’s most beloved veterans.

According to a Monday report from Joseph Patrick of IBTimes.com, the Cavs will likely explore trade options for big man Tristan Thompson this summer.

“The Cleveland Cavaliers are expected to explore all options this coming NBA offseason,” he wrote. “That includes weeding out the players who can be let go. And this early, Tristan Thompson is looming as one of them.”

Thompson was drafted by the Cavs in the 2011 NBA Draft with the No. 4 overall pick and has since had several career ups and downs. While he’s always been a solid player near the basket, he has also struggled with injuries and off-court distractions.

Still, he is a beloved player despite his flaws thanks to the fact that he played a pivotal role in helping the Cavs win an NBA title in 2016.

It will be fascinating to see if the Cavs do in fact trade Thompson this summer. One reason why is because saying goodbye to a longtime vet such as him will truly indicate that the Cavs are committed to a full rebuild.

What the Cavs can hope to get in return for a player who averaged 10.9 points and 10.2 rebounds in just 43 games last season remains to be seen.