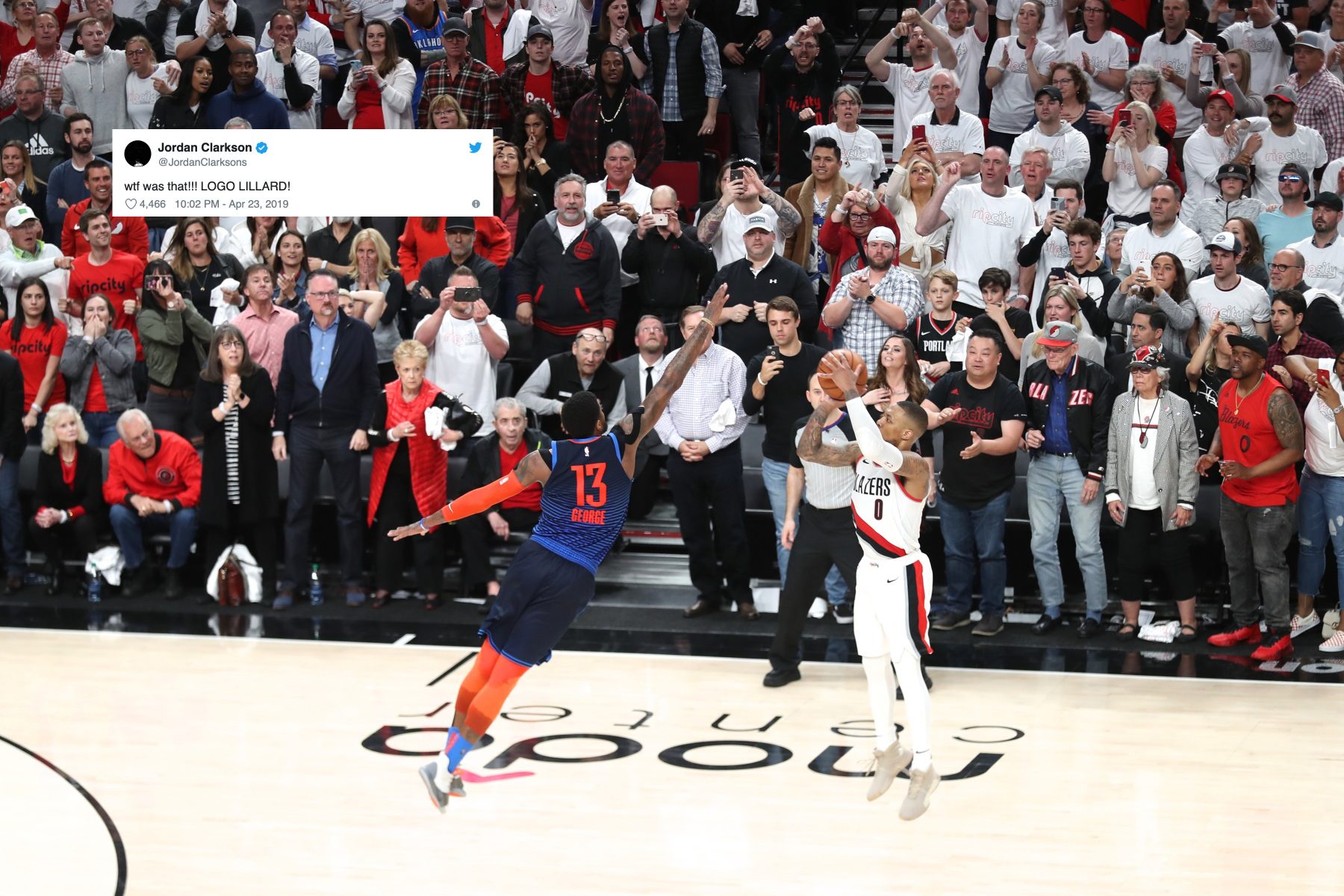 Portland Trail Blazers guard Damian Lillard’s clutch buzzer-beating 3-pointer capped an incredible night for the All-Star guard. The 37-foot basket caught the attention of some members of the Cleveland Cavaliers, who took to social media to offer their thoughts.

The trio of Cavs stars who reacted to the incredible shot included Jordan Clarkson, Kevin Love, and the recently retired Channing Frye.

wtf was that!!! LOGO LILLARD!

Lillard’s basket broke a 115-115 deadlock in Game 5 of their first-round playoff series to give the Trail Blazers a thrilling victory over the Oklahoma City Thunder. On the night, Lillard played 45 minutes and connected for 50 points, adding seven rebounds, six assists, and three steals. The game-winning shot from beyond the arc was his 10th long-range bomb of the night.

Both Frye and Love have Portland connections, with Frye and his family currently living in the area and Love having grown up there. Yet Lillard’s incredible night would likely have caught the attention of any basketball fan, since it encompassed both great play and ability to connect when it matters most.

The Trail Blazers now move on to the second round of the Western Conference playoffs, where they’ll take on the winner of the series between the Denver Nuggets and San Antonio Spurs.