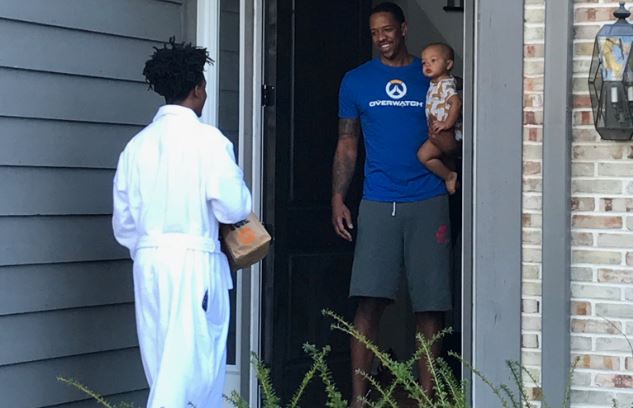 The NBA career of Cleveland Cavaliers veteran Channing Frye will come to an end on Tuesday night when the Cavaliers close out their season with a home game against the Charlotte Hornets. Frye’s rookie teammate, guard Collin Sexton, took note of the significance of the day by personally delivering breakfast to Frye’s home on Tuesday morning.

Well look who delivered breakfast to the big fella’s house this morning! @CollinSexton02 had to make sure @Channing_Frye’s final game day started off right. #ThankYouChanning pic.twitter.com/9BGLQCzYDl

Frye announced a few months ago that he would be retiring at the end of the season, with the Cavaliers recognizing his pending departure during Sunday’s home game against San Antonio. The retirement by Frye marks the end of a 13-year career that’s seen him develop into a big man who can connect from beyond the arc, notching over 1,000 3-pointers during his time on the court.

Sexton’s NBA journey is in its early stages, with the inevitable ups and downs associated with being a rookie evident. However, he’s shown considerable improvement with his game since the All-Star break.

Being a rookie, Sexton was likely given this particular duty by his teammates, who have made sure that the 20-year-old pays his dues en route to becoming an NBA player. Earlier this season, those teammates took revenge on his car after he failed to bring enough donuts for the team.

For Frye, he’s set to begin his retirement, with likely employment options being opportunities in various forms of media. When it comes time for Sexton to retire, he’s likely hoping to also be receiving breakfast from a rookie, rather than delivering it.