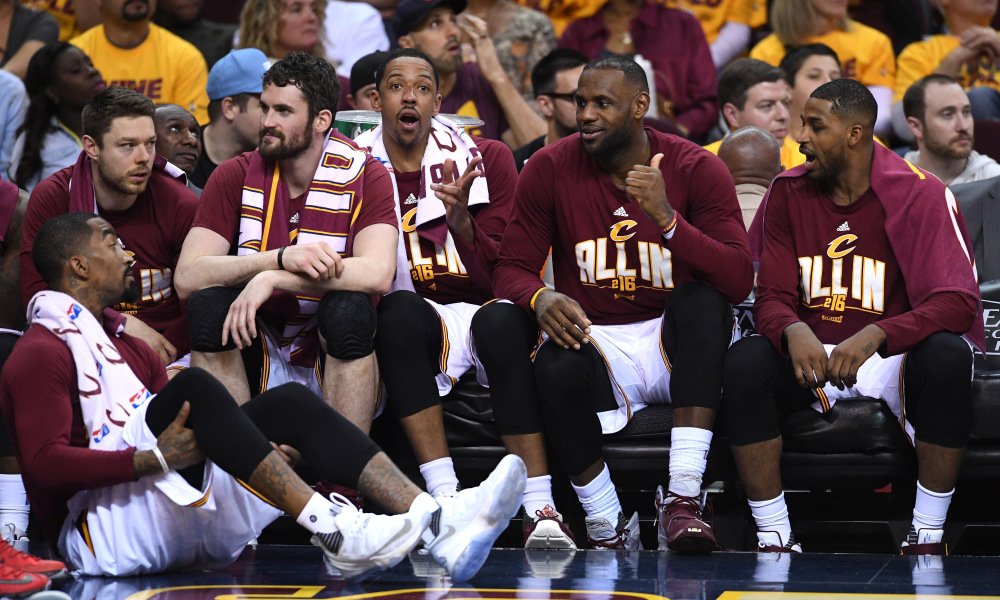 Although Los Angeles Lakers superstar LeBron James isn’t a member of the Cleveland Cavaliers anymore, he still has a ton of love for big man Channing Frye.

On Tuesday, the four-time MVP and former teammate Kevin Love exchanged a couple of tweets on their love for Frye.

James, 34, was close to Frye during his time in Cleveland.

In the middle of the 2015-16 season, the Cavs traded for Frye, who James really wanted to play alongside. Four months later, the team captured one of the NBA’s most iconic titles in 2016 after defeating the 73-9 Golden State Warriors in the NBA Finals.

While that 2016 ring was the only championship the trio of James, Love and Frye won together, they went to multiple NBA Finals afterwards. Through the ups and downs, they got close and learned interesting things about each other.

Frye, 35, will retire at the end of the season. The veteran has career averages of 8.8 points on 38.8 shooting from downtown and 4.5 rebounds.