Video: LeBron James Pumps up Crowd at Progressive Field Before Game 2 of ALDS 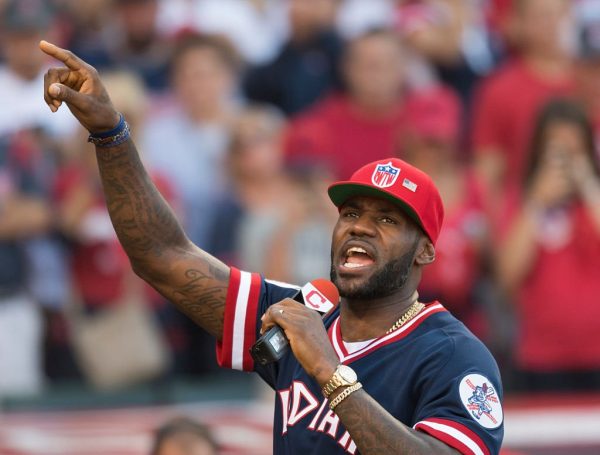 After the Cleveland Indians won a thrilling Game 1 of the ALDS on Thursday, a few members of the defending 2015-16 NBA champion Cleveland Cavaliers were at Progressive Field on Friday across the street from Quicken Loans Arena to pump up the crowd before Game 2.

With all six wearing Indians gear, James immediately got on the microphone and praised the Cleveland faithful.

“Cleveland, wow. You guys are unbelievable. Cleveland, let me hear you,” James said to a sold-out crowd at Progressive Field.

Check out the video from before Game 2 below, as it should certainly give any Cleveland sports fan goosebumps.

.@KingJames is ready to #RallyTogether.

As for the Cavs, they will host the Philadelphia 76ers tomorrow night at Quicken Loans Arena for their second game of the NBA preseason.