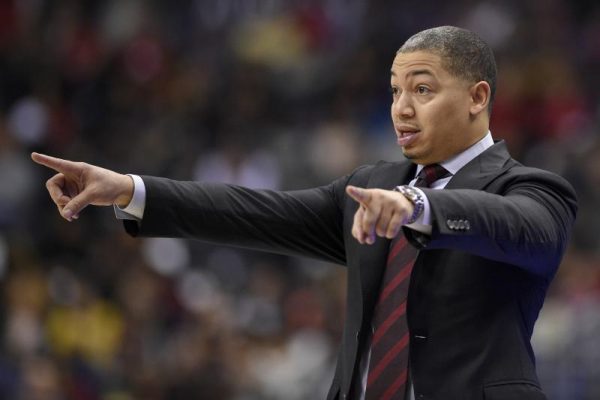 LeBron James’ first season with the Los Angeles Lakers did not go as planned, and for the first time in over a decade, the four-time MVP will not be advancing to the postseason.

The majority of the blame for that failure has been placed on the shoulders of current Lakers head coach Luke Walton. As a result, it is widely believed that Walton will be relieved of his duties following this season.

According to Marc Stein of the New York Times, a favorite to fill the position is none other than former Cleveland Cavaliers head coach Tyronn Lue.

“Who, then, will the Lakers hire?” Stein wrote. “The name most frequently cited in league coaching circles is the very available Tyronn Lue.

“Lue, of course, is a former Laker who is better known for having coached LeBron James for 2 1/2 seasons in Cleveland.

“The presumed acceptance he would have from James, who is about to begin his first postseason as a spectator since 2005, would appear to give Lue with a significant advantage over the rest of the field.”

There’s little doubt why the Lakers are targeting Lue. While James has seemingly disapproved of the vast majority of head coaches he’s played for in his NBA career, Lue always seemed equipped to deal with the superstar’s demands and personality.

Lue also excelled at managing multiple star personalities when he helped lead James, Kyrie Irving, and Kevin Love to an NBA championship in 2016. If the Lakers get their way, James won’t be the only star in the Purple and Gold for much longer.

Still, given the way the Lakers’ attempted trades and star free agent signings have gone in the last several seasons, it seems possible that something will ultimately get in the way of Lue ending up in Los Angeles.

If all goes according to plan, however, Lue and James could be working together once again to try to make up for James’ disastrous first season in L.A.