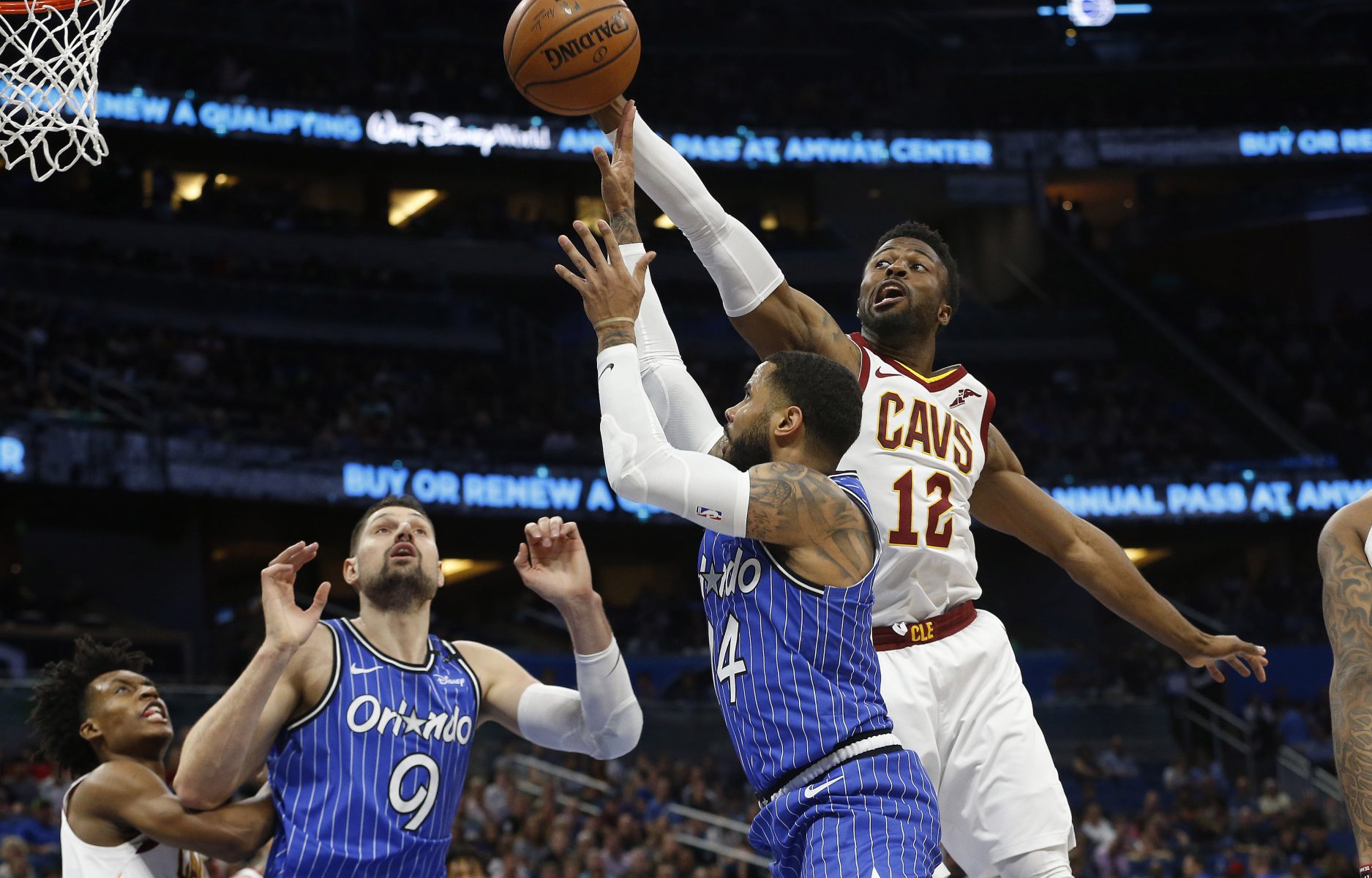 The 2018-19 season for Cleveland Cavaliers guard David Nwaba has been one to forget because of injuries. Despite his lack of contributions this season, one report indicates that the Cavs would be willing to consider re-signing him if the terms were favorable.

Chris Fedor of Cleveland.com answered questions on a variety of Cavs-related topics, with one asking how much value Nwaba has on the open market and the Cavs’ interest in him. Fedor responded:

“If this past summer is any indication, things will be quiet around David Nwaba.

“He had to wait a long time to get a deal from Cleveland. The only other team with real interest last summer: Indiana.

“Because of a few injury setbacks, Nwaba hasn’t done enough to boost his league-wide value. There are still questions about his consistency on offense, 3-point shot and how much he can impact a playoff team. Teams may also now wonder about whether he breaks down playing too many minutes.

“The Cavs would like to keep him at the right price.”

This season, the 26-year-old Nwaba is being paid slightly over $1.5 million, but has been limited to 40 games, largely due to knee issues and a sprained left ankle.

He’s averaging 6.8 points, 3.1 rebounds and 1.1 assists per game, modest numbers that are in line with his previous two years with the Los Angeles Lakers in 2016-17 and the Chicago Bulls last year.

While Nwaba’s offensive game has never developed since he entered the league, he does provide value with his defense. However, the past lack of interest from other teams and his struggles to simply stay on the court don’t seem to indicate a thriving market for his services once free agency arrives.

Still, some team may see him as a potential asset off the bench, which would require the Cavs to ultimately decide his value to them.