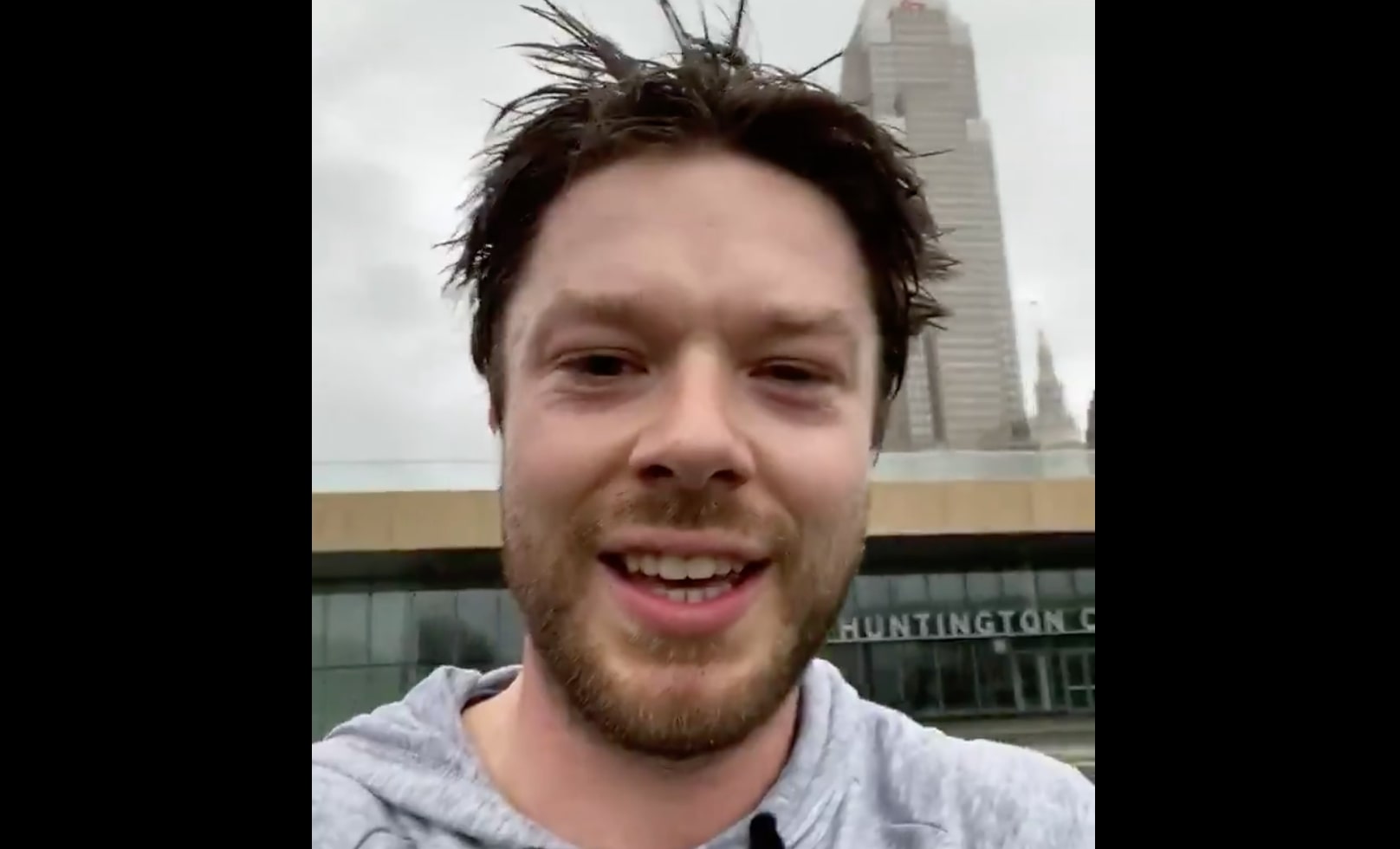 The continuing coronavirus pandemic has magnified the concept of social distancing, with Cleveland Cavaliers guard Matthew Dellavediva offering stark video evidence of it in downtown Cleveland on Monday morning.

“It was a bit of a wet track for the running session today, but it was good,” Dellavedova said. “I didn’t have to worry about the social distancing. Not too many people out and about today. Stay safe!”

Dellavedova’s effort to stay in shape during the NBA’s suspension of play is forcing him to take different approaches when it comes to exercising.

Instead of using the Cavaliers’ training facility, he’s now using the downtown section of the city

One of the reasons for the emptiness seen in downtown Cleveland is because virtually every business is either closed or has staff working from their homes.

The 29-year-old Dellavedova has played in 57 games for the Cavaliers this season, though providing limited numbers to the team off the bench.

Dellavedova is in the final season of a four-year contract he signed with Milwaukee in 2016, just after he was part of the Cavaliers’ first championship team. He was then dealt back to the Cavs in December 2018.

Depending on the status of the remaining NBA regular season games this season, Dellavedova’s career with the Cavaliers could be at an end. That’s because it’s likely the team won’t re-sign him or will only keep him at a drastic reduction in salary.

Regardless of what takes place, Dellavedova will always be looked upon as a fan favorite through both the good times of the past and the bad days that presently exist.