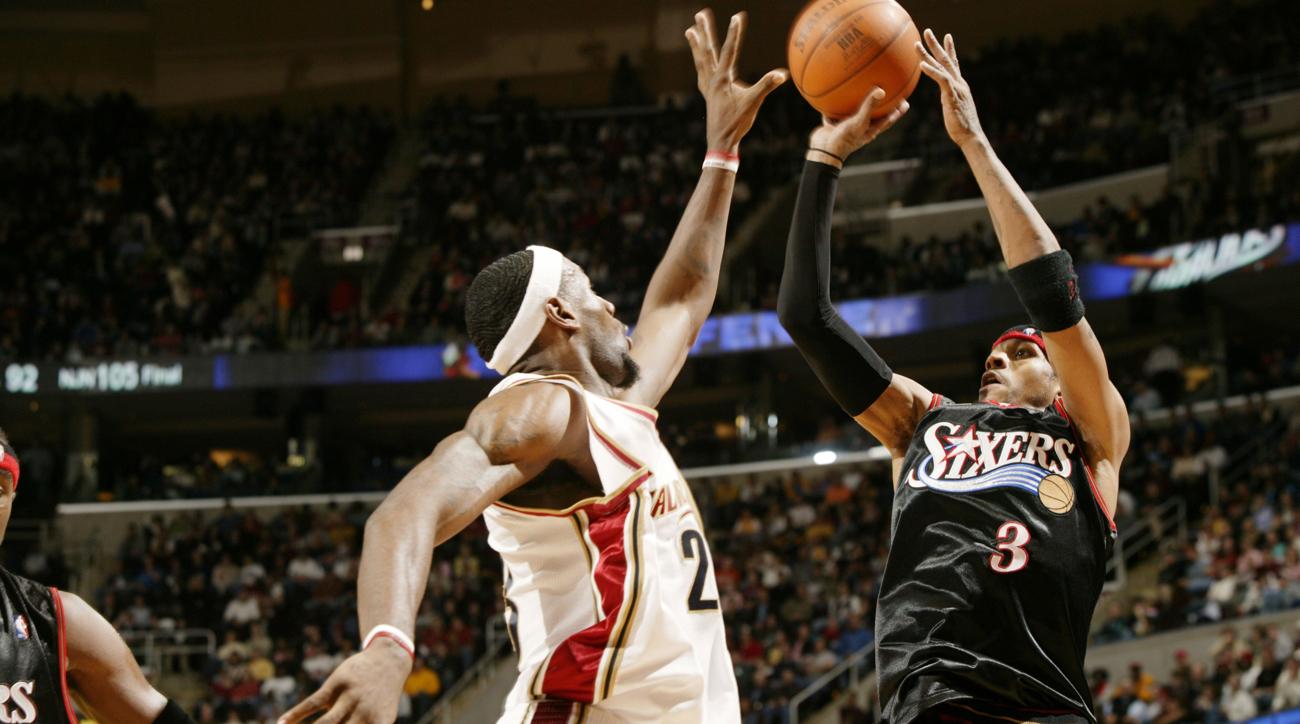 J.R. Smith spent parts of four seasons as LeBron James’ teammate on the Cleveland Cavaliers. Needless to say, Smith has a pretty good idea of how influential James is.

However, in the eyes of Smith, James’ cultural impact can’t quite compare to Allen Iverson’s.

Smith, a 15-year veteran, was recently in a video produced by The Players’ Tribune and hosted by former NBA players Darius Miles and Quentin Richardson.

Asked whose cultural impact was stronger, James’ or Iverson’s, Smith had a quick answer.

Smith went on to discuss some of the specifics of Iverson’s impact, noting how the 2000-01 MVP changed the way basketball players dressed.

“A.I. changed clothes for us,” Smith said. “They had to put a rule in because everybody was trying to dress like A.I. with jerseys, du-rags, braids, tatts, sleeves, headbands.”

The group also discussed the huge impact that James has had with his philanthropic work, which can’t be understated. It’s clear that both James and Iverson are two of the most influential players in NBA history.

Smith, who has appeared in just 11 games for the Cavs this year, is in a unique place to talk about the two players, as he was teammates with both.

Iverson and Smith played together on the Denver Nuggets for parts of three seasons.