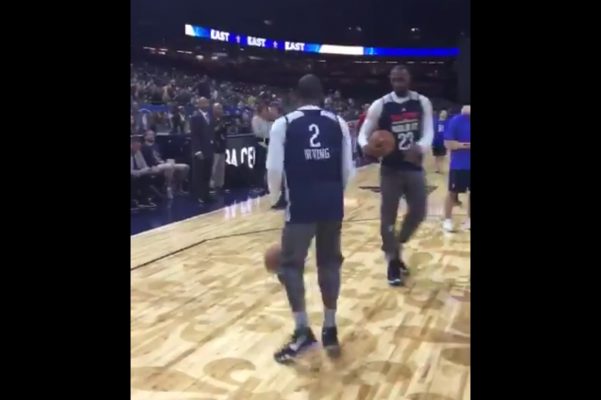 As Kyrie Irving and LeBron James prepare to represent the Cleveland Cavaliers in Sunday’s All-Star Game in New Orleans, they took time during a practice session to face off against each other in a competition that resembled H-O-R-S-E. A short video of their friendly battle was captured by the Cavaliers and posted on their Twitter feed.

Both players will be seeking to help the Eastern Conference win for the first time since 2014.

Irving is hoping for some déjà vu, having won Most Valuable Player honors in that 2014 game that was also held in New Orleans. Capturing another MVP accolade would match him in that category with James, who won All-Star Game MVP in both 2006 and 2008.