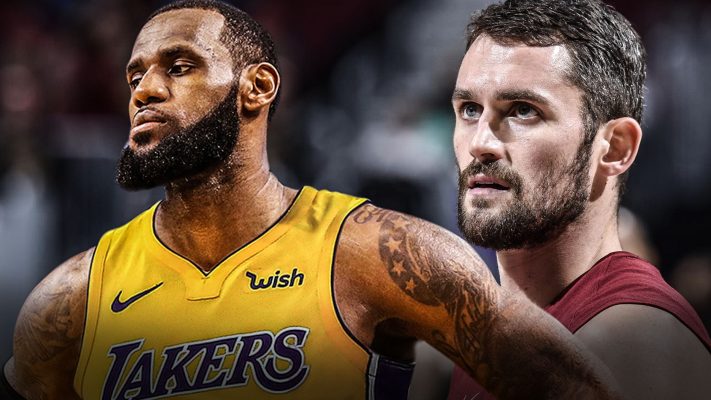 LeBron James’ first season with the Los Angeles Lakers has been a downright disaster. Considering an array of injuries and general news out of Los Angeles, it seems that this season will mark the first time since the 2004-05 season that a James-led team will not advance to the playoffs.

“He’s so strong physically and so strong mentally but just having that break, being able to reassess and come back really, really highly motivated is going to be big for him,” Love said recently. “If you get Bron highly motivated anything can happen.”

It’s a compelling point, but is it true? James is still considered to be amongst the most dominant players currently in the NBA, but this season proved that he simply cannot do it alone.

“He’s one of the, if not the biggest competitor I’ve ever been around,” Love said. “He lives, breathes, sleeps, eats basketball. He knows that everything that he does off the floor, from family to I Promise School, to everything doesn’t happen without that basketball. So I can imagine it’s got to be tough for him.

“I mentioned the other day after somebody asked me what’s it going to be like, him having an off-season, and I said, ‘I don’t know, but I know if there’s one guy that doesn’t need any more ammo or inspiration, it’s Bron.’ He’s going to get that being out for the whole summer. I think you just have to see how he looks coming out of an off-season. It’s been, what, 14 years since he’s had five or six months to get himself right? I think it could pay dividends for him and the team to come back fresh.”

This season, James was the sole All-Star on the Lakers. Throughout much of his career, he has been flanked by not just one, but two fellow All-Stars.

While the Lakers will certainly be incredibly active in this summer’s free agent and trade market, there is no guarantee that the seemingly inept front office duo of team president Magic Johnson and general manager Rob Pelinka will be able to actually surround James with talent.

So far, they have whiffed on the likes of Paul George, Kawhi Leonard, and Anthony Davis. Despite that, Love is right: A motivated James is an incredibly dangerous asset.

Whether or not it will actually lead to success in Los Angeles remains to be seen.