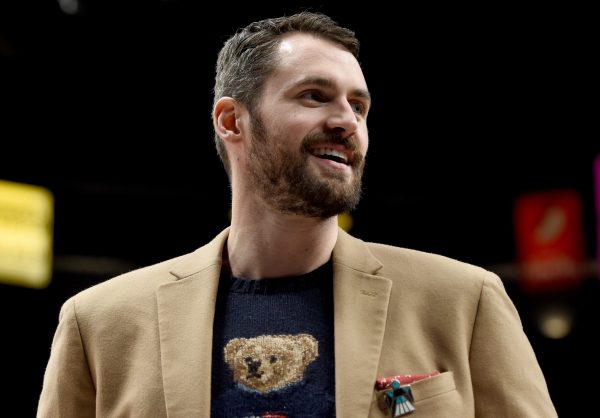 Over the past year, Cleveland Cavaliers forward Kevin Love has taken on the role of addressing mental health issues within the NBA and beyond.

After watching NBA commissioner Adam Silver speak about the unhappiness of players because of social media and other factors, Love ironically took to social media to offer praise for the remarks.

This is important. Success is not immune to depression/anxiety. Really powerful coming from Adam Silver. How can we help the masses? https://t.co/8OzWVkzX5y

Silver was speaking to moderator Bill Simmons at the annual MIT Sloan Sports Analytics Conference. The commissioner noted how many players have personally expressed to him their unhappiness and how the current situation has led to more isolation among teammates.

Last season, Love penned an article in The Players’ Tribune about his previously unknown battles with panic attacks, depression and other mental health concerns. In the wake of the article’s publication, Love received widespread praise for going public on what’s long been considered a taboo topic.

During the course of his first four seasons with the Cavaliers, Love was the subject of frequent criticism from fans, media and even teammates. Those pressures, coupled with on-court injuries and family conflict issues undoubtedly led to the mental health issues that he’s now tackling.

One of the ways that Love is addressing the issue is through his creation of a foundation last September. One of the main goals of that foundation is to inspire people everywhere to focus on making awareness of mental health issues an everyday concern.

While Love has missed most of this season due to injury, his mental health has been able to handle the stretches of inactivity. In the five games since play resumed following the All-Star break, the veteran has averaged 21.6 points and 11.4 rebounds per game.