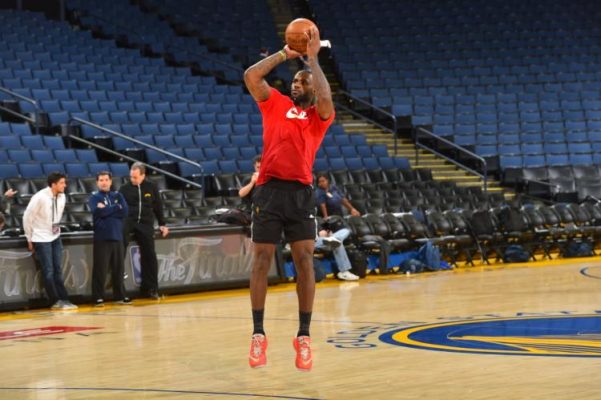 As Cleveland Cavaliers superstar LeBron James gets set to enter his 15th season in the NBA, many are beginning to wonder if the wear and tear of seven consecutive Finals appearances has begun to affect the three-time NBA champion.

According to The King himself, the 2017-18 version of LeBron James may be the best one we’ve seen yet.

James sat down with Fox Sports Ohio’s Allie Clifton, who asked James why he thinks this offseason in particular was one of his best.

“I can’t figure this thing out, but I just know that I love to train. At this point, it’s not even for work, it’s a lifestyle,” said James. “I was at the gym so much this summer, improving my mind, improving my body, improving my game, and it’s pretty scary to see how much I improved even at this juncture in my career.

“I continue to step outside the box with things, working on things that I’m not so efficient as other things out on the floor. When I get into that mode I can’t stop, and that’s the mode I was in this summer.”

At 32 years of age, James is entering the tail end of his prime and is showing no signs of slowing down, as he averaged a mind-blowing 33.6 points, 12.0 rebounds, and 10.0 assists in the NBA Finals just a few months ago. If even a fraction of that carries over in the regular season, James could very well wind up with a fifth MVP and fourth NBA championship at the end of this season.

James and the Cavs get a chance to put their revamped roster to the test on Tuesday night as they open up the season against Kyrie Irving and the Boston Celtics at 8:00 PM E/T at Quicken Loans Arena.