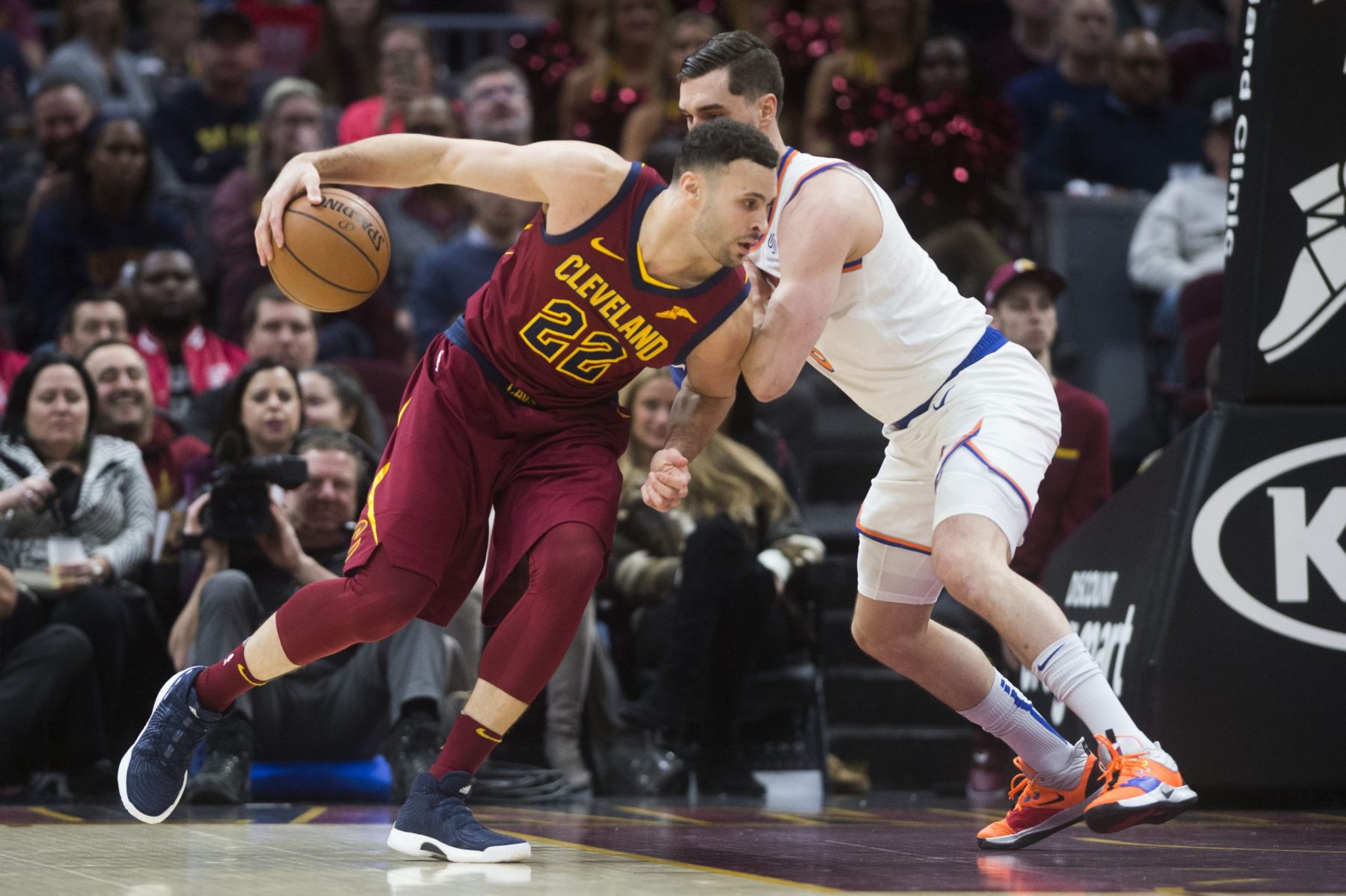 Larry Nance Jr. knows that the Cleveland Cavaliers won’t be making the playoffs this season. But he still wants his team to perform at a level befitting of a playoff team for the rest of the year.

Just as importantly, he believes the team is more than capable of that.

“With everybody coming back and guys really coming into their own — myself, Cedi (Osman), Collin (Sexton) has been playing great — I would like to see us, if you start the season today, I would like to see us in the playoffs,” Nance told cleveland.com. “Look, I know we’re not going to make the playoffs. I know that. I’m talking about finishing top eight in the conference just over the final 23 games.”

Nance believes that Cleveland’s 13-46 record isn’t a fair reflection of what the team is capable of. The fourth-year forward thinks that, with a clean slate, the Cavs can be competitive and play like a playoff team the rest of the way out.

“I mean, coming into this year we were all talking big,” Nance said. “We thought we could make the playoffs and all this stuff. Then we got hit hard by the injury bug. Missing our All-Star (Kevin Love), Tristan (Thompson) goes down for a while, I go down for a while . . . I genuinely think it’s possible. This team now is not what we’ve been. This is not a bottom-tier team. We’re very talented and dangerous when we can play well. Any team missing a player the caliber of Kevin is going to hurt. We hurt worse than most.”

While the Cavs were dealt a huge blow when LeBron James signed with the Los Angeles Lakers over the offseason, Nance believes the team was left in much better shape than after James’ first departure in 2010. That, combined with the mediocrity of many playoff teams in the Eastern Conference has Nance feeling optimistic.

“I look at the East and I’m like man, whether it’s the rest of this year or next year, we are just not that far back,” Nance stated. “I look back, and I don’t want to use this as the measuring stick, but when Bron left the first time, we’re a better team, we’re in a better place — in my opinion, for whatever that’s worth.”

Nance’s optimism also stems from the return of five-time All-Star Love, who has missed 52 games this year due to injury. Cleveland has won two of the three games that Love has played in since returning to the lineup on Feb. 8.

“He’s a walking double-double,” Nance said. “That’s something he’s been his whole career, that’s certainly not going to change now. He’s just such a weapon for us. With him in the game when I was setting screens and rolling, I’m used to getting two or three tags going down the lane and it was wide open and guys were making great passes. With a guy like that on the floor, the defense just has to respect him so much, it frees it up for the rest of us.”

And while some fans may clamor for the Cavs to tank and maximize their chances of drafting Zion Williamson, Nance is not concerned with that.

“Our job is to not worry about anything else but playing hard and winning as many games as we can,” Nance said. “End of story. People are going to say, ‘We want the first pick. What about the odds? Ping-pong balls.’ Truly I don’t care. Not my job to care.”

If the Cavs are to play at a playoff rate for their final 23 games, Nance will certainly be a key part of that. He had 14 points and seven rebounds in Cleveland’s game Thursday, a 111-98 victory over the Phoenix Suns.