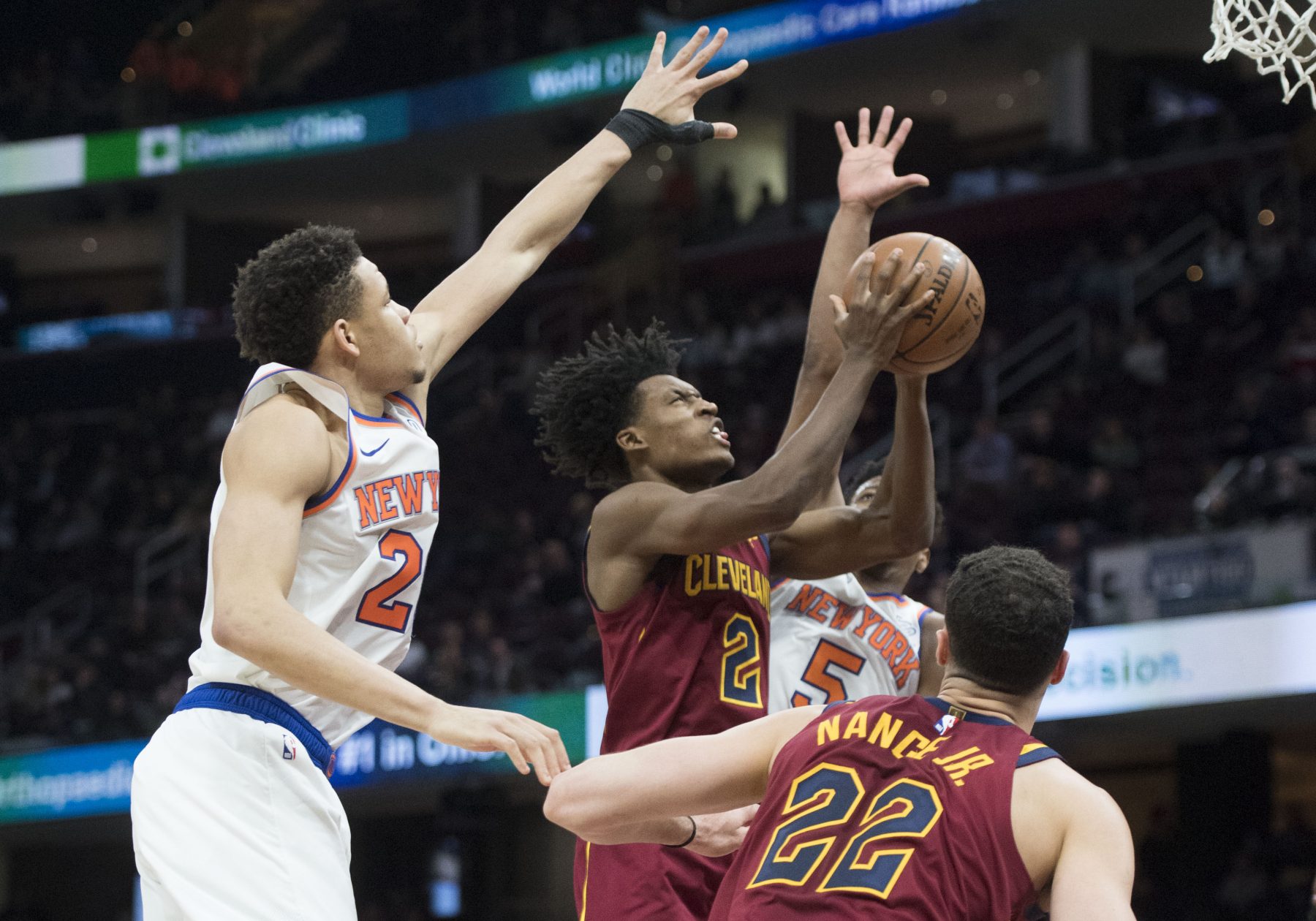 Cleveland Cavaliers Collin Sexton’s rookie season has seen both positive and negative moments in what’s been a disastrous season for the team.

One positive for him in Monday night’s 107-104 win over the New York Knicks came in the form of what teammate Larry Nance Jr. jokingly considered to be a milestone: the first “real” dunk of Sexton’s NBA career.

Joe Vardon of The Athletic described the seemingly ordinary circumstances that surrounded Sexton’s dunk, with both the Cavs and Knicks enduring rough seasons:

“Nance hit Sexton with a little pocket pass for a baseline dunk with 6:58 left in the second quarter. Sexton’s teammates went crazy. Now, don’t get me wrong, it was a nice play, but the dunk itself was ordinary and the game, featuring these teams, well, all of that has already been established.”

After the game, Vardon spoke with Nance about the play:

“‘Did you see him win the McDonald’s Slam Dunk Contest?’ Nance asked, to which I responded ‘yes.’ ‘We’re yet to see that,’ Nance continued. ‘So him getting that one was a pretty momentous moment. Like, ‘Oh, my God, this is incredible.’ So we gave him a hard time about … we called it his first real dunk.’ Sexton’s converted a couple of dunks this year, but who’s to argue.”

“He’s been talking now for three weeks he can dunk the ball, he finally showed it in game,” Love said. “So I was happy for him.”

Sexton led the Cavs in scoring on the night, tossing in 20 points and also handing out three assists. However, his shooting from the field is still a work in progress after a 7-for-21 effort. Nance also provided some major contributions in the victory, contributing a double-double with 15 points and 16 rebounds. He also dished out four assists, one of them coming on the Sexton dunk.

The Cavaliers have one more game remaining before the All-Star break, hosting the Brooklyn Nets at Quicken Loans Arena on Wednesday night.