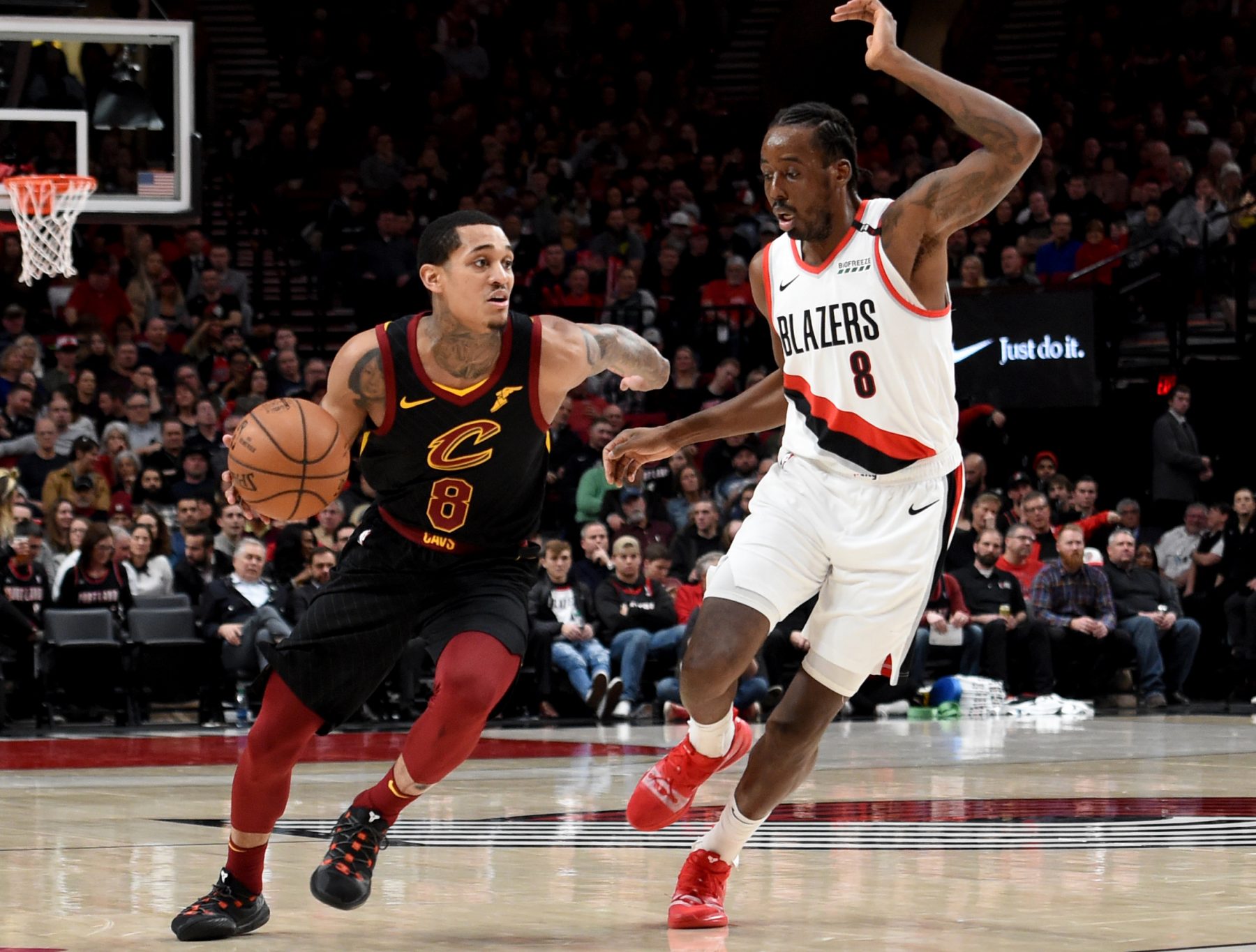 The current woes of the Cleveland Cavaliers have the team’s head coach, Larry Drew, and his staff looking at different ways to improve the fortunes of the 11-43 squad.

One potential plan in adjusting the starting lineup and rotations could mean a starting role for guard Jordan Clarkson.

#Cavs Larry Drew said the coaches huddled together to discuss starters and rotations this morning. Has been hesitant this season to put Jordan Clarkson into the starting group, but that is now under consideration.

The 6-foot-5 Clarkson was acquired with Larry Nance Jr. by the Cavaliers last February from the Los Angeles Lakers.

After struggling for much of the remainder of last season, Clarkson has shown solid improvement this year. In 53 games, he’s averaging 16.6 points, 3.3 rebounds and 2.3 assists, while connecting at a rate of 45.1 percent from the field.

Among all NBA players, Clarkson currently ranks fourth in scoring amongst reserve players, with former Cavs guard Derrick Rose one of the three players ahead of him at 18.3 points per game.

The Cavaliers’ miserable record and Drew’s own shaky status regarding next season have him trying virtually anything possible that will get the team out of a rut that’s seen them drop 20 out of their last 23 contests.

Installing Clarkson in a starting role can’t hurt for a team that’s drastically transitioned from a team that made four consecutive trips to the NBA Finals into one that’s currently a strong candidate for the top pick in this June’s draft.

The first opportunity for Drew to try the Clarkson option will be on Friday night, when the Cavaliers travel to face the Washington Wizards.