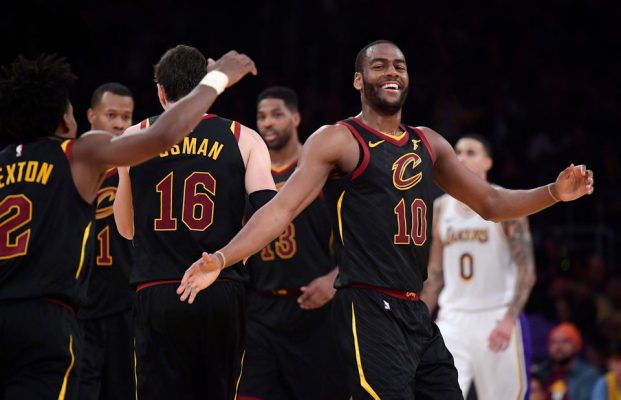 The Cleveland Cavaliers finally snapped their 12-game losing streak on Sunday with a win over the Los Angeles Lakers, and Lakers general manager Rob Pelinka was visibly upset while leaving Staples Center following the game.

The Cavs’ 101-95 win over the Lakers was definitely a fantastic way to end their losing streak. All five starters finished with double-digit point totals, and both Tristan Thompson and Alec Burks recorded impressive double-doubles.

As for the Lakers, they proved once again that without LeBron James on the court, they are just another bottom feeder.

Since James went down with a groin injury in a win over the Golden State Warriors on Christmas Day, the Lakers have won just three of their last 10. It’s been an eye-opening run for the Lakers and their fan base to say the least.

With the losing streak officially snapped, the Cavs will now get to enjoy a couple days of rest before continuing their Western Conference road trip with games against Portland, Utah, and Denver, before finally heading back to the safe confines of Quicken Loans Arena.