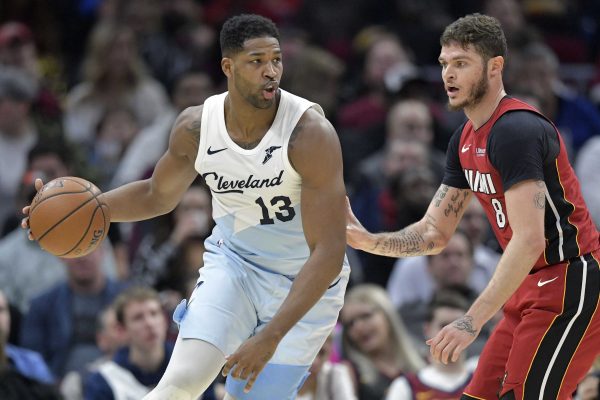 As the Cleveland Cavaliers continue to stumble and look at possible trades, center Tristan Thompson has emerged as a potential player to be dealt before next month’s trade deadline.

One report indicates that teams have inquired about possibly making a trade with the Cavaliers for the services of the veteran center.

Chris Fedor of Cleveland.com took questions from readers and was asked about whether or not certain players were on the trading block. When discussing Thompson, he offered these comments and noted the challenges connected to any potential deal:

“According to sources, there’s also interest in Tristan Thompson. Why wouldn’t there be? The big man is in the midst of his best season and his leadership has been invaluable. Letting him go would be incredibly risky and the Cavs know that.

“There’s another obstacle in a Thompson deal: His contract — unless a third team gets involved to take some of that salary back. Sure, the Cavs will take a high-priced player or two to make a deal match, but they only want to make moves like that if a first-round pick comes as well.”

In 32 games this season, Thompson is averaging 11.8 points, 11.3 rebounds and 2.2 assists per game. All of those numbers represent career-highs. He returned to the Cavaliers’ starting lineup on Jan. 2 after sitting out 10 games because of a sore foot.

Prior to that injury, he had been delivering performances that had some believing he could be named to the NBA All-Star Game next month.

The 27-year-old Thompson’s contract expires at the end of the 2019-20 season. He’s being paid $17.5 million this season and $18.5 million next year, numbers that could increase the degree of difficulty in putting a deal together. In addition, the possibility of a team surrendering a future first-round pick remains a question mark.

While less than a month remains until the deadline, Thompson and the Cavaliers have more pressing concerns. The team enters Friday night’s road game against the Houston Rockets with an 8-34 season record and are coming off another second-half collapse on Wednesday night. That slide saw them outscored 81-61 after the break by New Orleans, en route to a 140-124 loss, their 11th straight defeat.