Don't Miss
Home / Team News / Report: Cavs May Be Without 4 Players vs. Heat Due to Injury

Report: Cavs May Be Without 4 Players vs. Heat Due to Injury 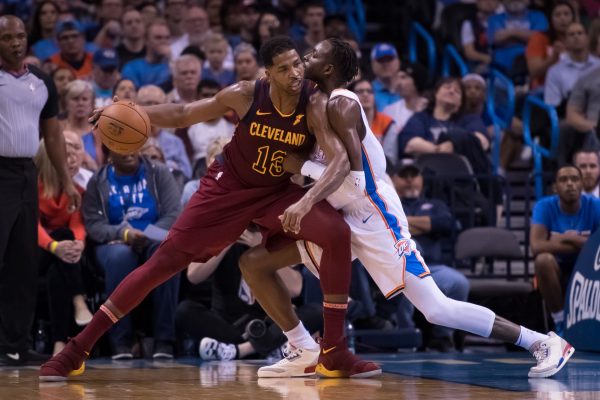 The Cleveland Cavaliers will be entering their first game of 2019 dealing with a depleted roster due to injury. For their Wednesday night home game against the Miami Heat, two players have already been ruled out, while two others remain questionable.

#Cavs will not have David Nwaba or Ante Zizic tonight. Tristan Thompson and Rodney Hood are both questionable.

David Nwaba will be absent for a fourth consecutive game, having left the Dec. 23 loss to Chicago with a sprained left ankle that has yet to fully heal. In regards to Ante Zizic, he’s been dealing with a knee injury suffered during the Dec. 26 game in Memphis that’s kept him out of the past two contests.

Tristan Thompson has missed the Cavs’ past 10 games because of a sprained foot. The Cavs have dropped eight of the ten games during Thompson’s absence, including the last six in a row. Prior to the injury, Thompson had been delivering solid performance on the court, leading to talk that he might be worthy of selection to this year’s All-Star Game.

Rodney Hood has had trade speculation swirling around him for much of the last month, but is currently trying to come back after missing the last four games. He left the Dec. 21 game in Toronto with an Achilles issue and will likely be on reduced minutes if he does end up playing in tonight’s game.

The reeling Cavaliers currently have the worst record in the NBA at 8-29, one-half game behind both New York and Phoenix. After their game against the Heat, the Cavs will have three more home gams before embarking on a six-game Western Conference road trip.