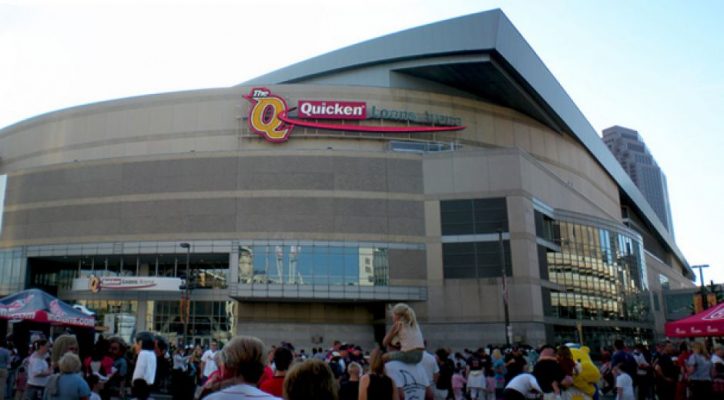 When the Cleveland Cavaliers take the court at Quicken Loans Arena for their intrasquad scrimmage on Sunday, fans will see the first part of a series of changes to the court that will be presented throughout the preseason. Then, on October 25, when the Cavaliers open the defense of their NBA title, fans will get the full effect.

The team announced the progressive steps in a release on their website on Friday.

To start, the team’s “C” logo will remain at center court, featuring navy block shadows and gold outlining. Meanwhile, a Cavaliers sword in a natural wood, which runs through the center of the C logo, will be seen at the half-court line.

The black baselines will have “Cleveland Cavaliers” written in the team colors of wine and gold, while each side of midcourt will note the facility’s name. The decision to choose black was based in part on the popularity of the team’s sleeved uniforms, which were worn during their stirring comeback from a 3-1 deficit in the finals.

In front of the Cavs bench, the team’s website address (Cavs.com) will be noted, while the visitor’s side will list the team’s Twitter handle (@cavs). Both will also be presented in wine and gold lettering.

The final touch will include the team’s motto, “All for One. One for All” on the opposite side of the benches. Separated by a silhouette of the state of Ohio, all members of the team’s season ticket club, Wine & Gold United, will have their names listed within the letters.

Consisting of 210, 4’ X 8’ pieces and 15, 4’ X 4’ pieces, this jigsaw puzzle will take approximately one hour to put together. It was designed by the team’s graphics unit and constructed by the Cincinnati firm of Robbins Portable Floors. 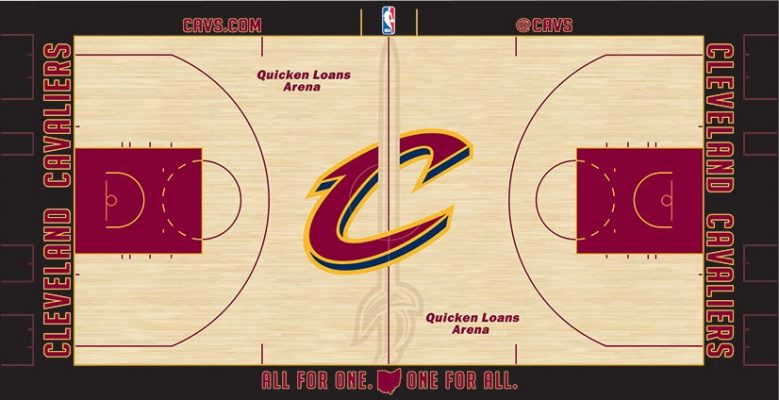