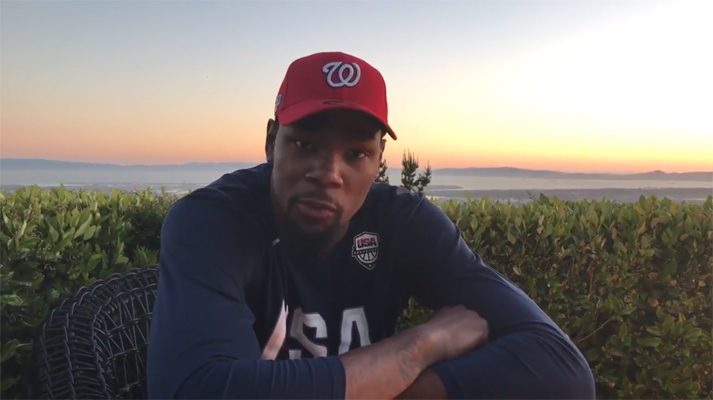 Anyone trying to undertake the task of selecting the top five players in NBA history is presented with a stiff challenge, with Kevin Durant of the Golden State Warriors recently making that effort.

In a live stream, Durant answered a series of questions offered by basketball fans, with the first asking his opinion on his top five players of all-time. He explained his reasoning for excluding current players from the list, though a certain member of the Cleveland Cavaliers was the only active player mentioned that was guaranteed a spot in the future.

“I don’t like putting guys in that are still playing because they still have a lot to prove, a lot more to go,” Durant said. “Of course, Mr. LeBron James would be a top five player when he’s done playing.”

Durant then listed his top five, struggling in the latter stages to make his selections:

The continued excellence of James was too much to overlook, even though Durant is currently playing on the same team as the recipient of the last two Most Valuable Player awards, Stephen Curry. In addition, prior to signing with Golden State as a free agent last July, Durant played with this year’s potential Most Valuable Player, Russell Westbrook.

Should the Cavaliers and Warriors advance to meet again in the NBA Finals for the third year in a row, Durant and James will meet up with each other. During this past regular season, the teams split their two matchups.