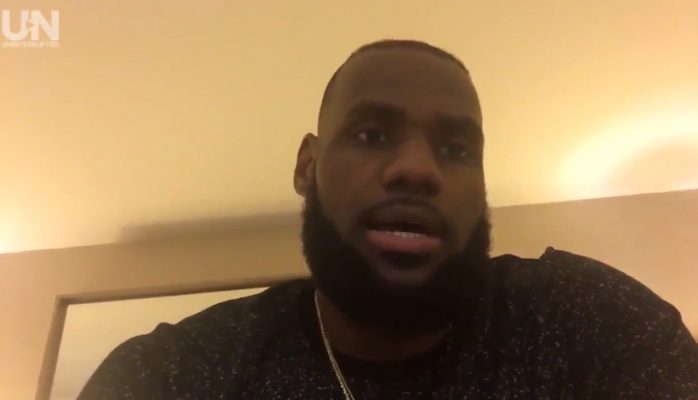 James posted a video from his hotel room room in Sacramento — the city in which he played his first game all the way back in 2003 — and revealed that Nike will be doing a retro release of his first signature shoe called the Air Zoom Generation Retro.

Watch the video below to see the three-time NBA champion discuss what the release means to him, and get a look at the shoe which James says will be released “within the next day or so…could be a week…but not too far.”

.@KingJames is bringing the ? with a special announcement. pic.twitter.com/bTwEF41fPG

The shoe represents a tie to the star forward’s roots with Nike, a company which now has him signed to a lifetime deal reportedly worth over $1 billion. The original Air Zoom Generation, which kicked off James’ lifelong relationship with the massive shoe company, was released during his rookie season.

featuredlebron jamesnews tickernike
← Previous Story Report: Cleveland Cavaliers Have Yet to Hold a Practice Session in 2017
Next Story → Video: Richard Jefferson Goes at Draymond Green After Flagrant Foul on LeBron