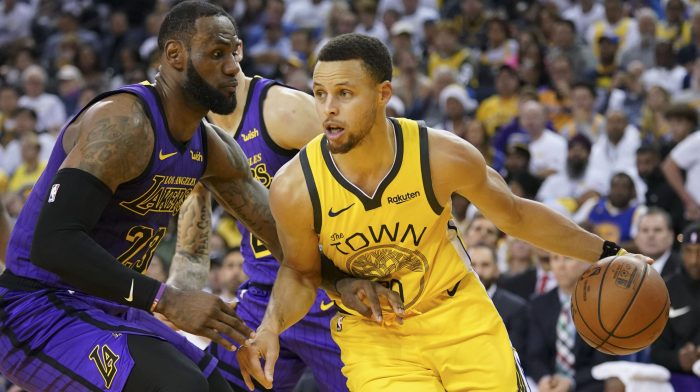 LeBron James and Stephen Curry have been tied to each other in many ways over the last few seasons, and now another thing that binds them to one another is a particular injury.

In the third quarter of the Dec. 25 game between the Los Angeles Lakers and Golden State Warriors, James fell to the court in pain after what was later deemed a groin injury.

Curry injured his groin earlier this season, and following the game between the Lakers and Warriors, the two-time MVP offered a little insight into how James should approach his rehabilitation.

“You got to take those first four or five days, that was what my experience was, to make sure you don’t do any more damage,” Curry told The Undefeated. “You have to let the healing process start. That is one you can’t really rush. That is how I felt because it was such a delicate area.”

James is scheduled to undergo an MRI on Wednesday, and if it’s anything like Curry’s injury, he could be out for quite some time. Curry suffered his groin injury back in early November and missed 11 games before he could return to the court.

“The biggest frustration is that you get to a point where you are pain-free but you still have to be a little bit more cautious,” Curry said. “I don’t know the severity [of LeBron’s injury], but becoming pain-free is just one step. And then you have to ramp up your load on the court to make sure everything you do won’t set you back. That is the one thing that you can’t afford with that injury, is to keep reinjuring it.”

If James’ injury is similar in nature to Curry’s it could put his availability for the game between the Cavs and Lakers on Jan. 13 in jeopardy. That matchup is currently 10 games away on the Lakers’ schedule.

Based on the most recent updates regarding James’ injury, it does not seem very serious at all and the three-time NBA champ should be back on the court soon. Still, it will be interesting to see how the young Lakers roster fares without James on the court.