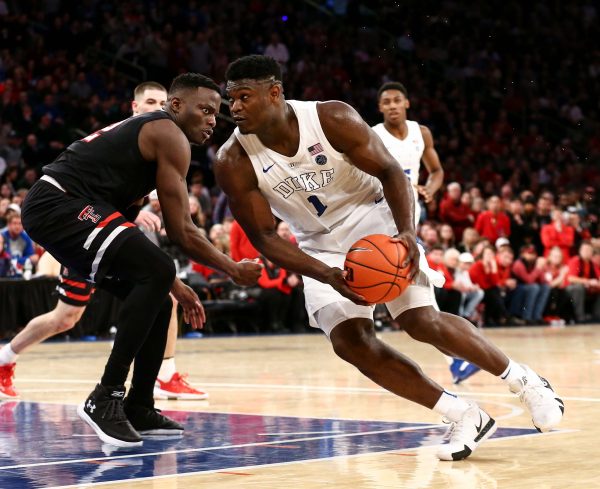 With the Cleveland Cavaliers currently in contention for a lottery pick in the 2019 NBA Draft, Duke University’s Zion Williamson has been mentioned as a possible selection. While he’d no doubt play for the Cavaliers if drafted by them, it appears that another market currently holds his attention.

Following the game, Williamson reflected on the possibility of playing there on a regular basis if he were to become a member of the New York Knicks:

“This is the Garden. A lot of greats have come through here. My favorite great to come through here was probably Bernard King because my stepdad talked about him a lot how he just put the ball in the basket. … I had to go watch his highlights. He could really score the basketball. He was incredible how he did it.

Williamson is a 6-foot-7 forward who, in his first 12 collegiate games, is averaging 19.8 points, 9.4 rebounds, 2.3 assists, 2.1 steals and 1.9 blocks per game. All-around numbers like that have caught the eye of every NBA scout, with the freshman becoming a virtual lock to be among the top picks in June’s draft.

Entering Friday night’s action, both the Cavaliers and Knicks are currently in contention to possibly select Williams. With a record of 9-24, the Knicks are just one-half game ahead of the Cavs, who are tied for the third-worst record in the league.

While it’s easy to look ahead towards the draft, the Cavs are focusing on the present, with a road game in Toronto on Friday night next on the schedule. That game will complete a three-game road trip, with the Cavs returning home on Sunday night to face the Chicago Bulls.