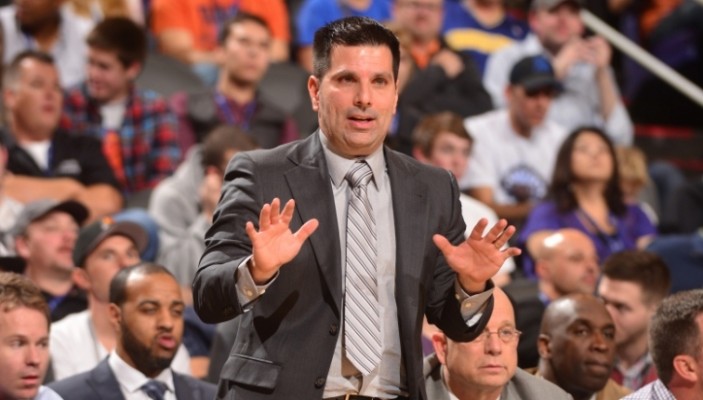 In sports, head coaches and star players are largely accredited as the reason for a team’s success. What some may fail to realize, however, is the vital role that other members of an organization play, including assistant coaches. Fortunately, the National Basketball Coaches Association is working to place assistant coaches under the spotlight as well.

The NBCA recently sat down with Cleveland Cavaliers assistant coach Michael Longabardi and had him share his career experiences as a coach. He recounted starting his career at the college level, to going overseas, to then landing positions in the NBA.

.@cavs Assistant Coach Michael Longabardi is not slow to credit his peers for the advancement of his career. From college to Europe to several different stops around the @NBA, he's cut his teeth in a variety of coaching rolls. https://t.co/ORu5LPawA7

Longabardi was hired by the Cavs in 2016 to be the team’s defensive coordinator under former head coach Tyronn Lue. He went on to become an integral member of the Cavs’ 2016 championship run.

Beginning his NBA career in an entry-level position with the Houston Rockets, Longabardi detailed his journey working for several teams and head coaches. From the Rockets, to the Boston Celtics, to the Phoenix Suns, and finally to the Cavs, Longabardi has seen many different systems and coaching styles throughout his NBA career.

Longabardi went on to discuss meaningful relationships he has had with other members of the NBA community, including current Orlando Magic head coach Steve Clifford.