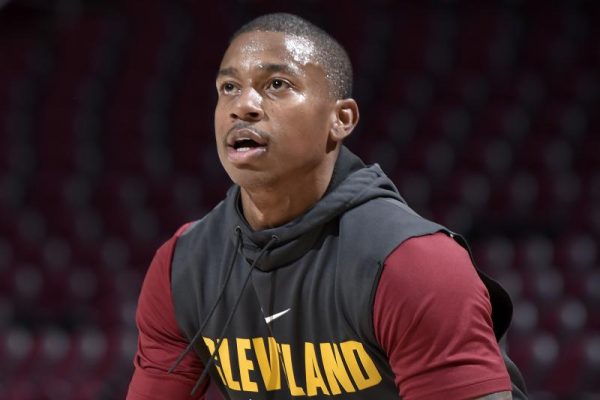 The Cleveland Cavaliers came away with a much-needed 104-101 victory over the New York Knicks on Monday night as they rallied back from being down 23 in what was LeBron James’ second largest road comeback victory of his career.

Although in street clothes for the night, point guard Isaiah Thomas was perhaps the team’s biggest cheerleader, as he was exuberant throughout the game, lauding his teammates, and even receiving a technical foul in the first half.

Afterwards, likely in reference to an “Arthur” meme that James had posted earlier in the season amid the Cavs’ struggles, Thomas posted a different “Arthur” meme, one that was a bit more jovial in nature.

The Cavs certainly have a lot to smile about after what had looked to be one of their most embarrassing losses of the season. They now move to .500 on the season and will look to keep the momentum going as they take on the Charlotte Hornets on Wednesday night.