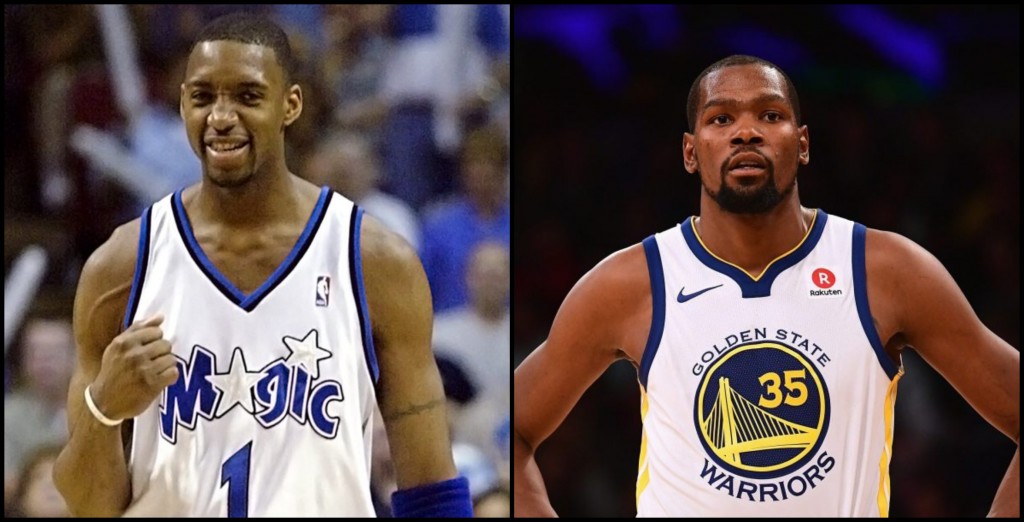 After Smith proclaimed on Twitter that Kevin Durant would easily beat Tracy McGrady in a one-on-one matchup, the former Orlando Magic superstar blasted the Cavs veteran on ESPN’s “The Jump”:

After @SLAMonline asked who would win in a game to 11 – prime Tracy McGrady or prime KD – we asked TMac what HE thinks.
Turns out…a LOT.
(He agrees KD is nice but maybe not so much when it comes to @TheRealJRSmith & @EvanFourmizz.)
Oh & then we brought @DerekFisher into it too pic.twitter.com/WoI382eb7r

McGrady, 39, was clearly upset that Smith didn’t even give him a shot. While Durant has won multiple Finals MVPs and scoring titles, McGrady is one of the most talented scorers the league has ever seen. At his peak, the 6-foot-8 forward averaged 32.1 points, 6.5 rebounds, and 5.5 assists with the Magic during the 2002-03 season.

Although most would give the Golden State Warriors superstar a leg up, McGrady clearly wanted to see fans give him more credit. In fact, the lack of respect by Smith and even current Magic player Evan Fournier is what set off McGrady even more:

“But the fact that you think it wouldn’t even be close and you chimed in on this to somebody that is the laughing stock around the NBA circles, and actually helped KD win his second championship and played for the opposing championship”

The harsh comments by McGrady make it understandable why he’s upset. However, despite the diatribe against Smith, the 2016 champion didn’t back down on Twitter:

While Smith doesn’t lose anything from this, it’s fair for Cavs fans to wonder why the guard couldn’t put this much energy into the team’s locker room. Although the Cavs aren’t competing, Smith could’ve put this passion towards building and challenging the younger guys.