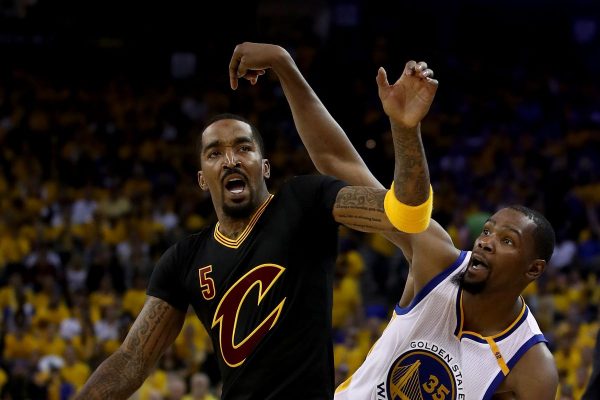 J.R. Smith has spent much of previous two NBA seasons trying to help the Cleveland Cavaliers beat Kevin Durant, and it seems his experience has led him to believe that Durant is a far better player than a fellow NBA great from a previous era.

On Monday, the question of who would win in a one-on-one matchup between Durant and Tracy McGrady was asked on Twitter. Smith’s response left no doubt who he thinks would get the W.

KD not even close https://t.co/nXWf82tVov

McGrady dominated the NBA for the better part of a decade, averaging 32.1 points, 6.5 rebounds, and 5.5 assists at the height of his powers in the 2002-03 season. Durant, on the other hand, has had a similar reign as one of the most potent offensive players in the NBA since he came into the league. Interestingly, the stats from Durant’s MVP season are eerily similar to those of McGrady’s best season. In the 2013-14 season, Durant averaged 32.0 points, 7.4 rebounds, and 5.5 assists per game.

Who knows how much of this Smith put into his decision making, but his confidence does seem to be rooted in some fact.

In the end, there is no way to really know the answer this question. There is, however, one thing few can doubt: The hypothetical matchup would truly be one to behold.