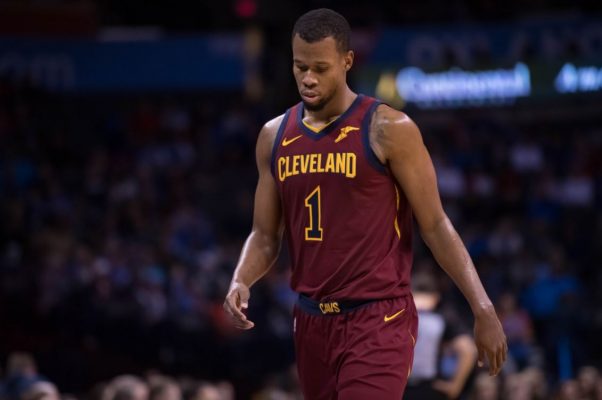 There is no denying that the Cleveland Cavaliers’ 2018-19 season is a far cry from their previous four seasons, but that isn’t keeping Rodney Hood from seeking out the silver linings.

In a recent article by Joe Vardon of The Athletic, Hood explained how the Cavs’ struggles have impacted his recent outlook and how he has maintained a positive attitude.

“I base a lot off the team’s success, and when the team’s not playing well, you’re getting your head beat in pretty much every night, it’s tough to try and enjoy what you’re doing,” Hood said. “I learned from last year, the more you think about (a contract), the more you press about it. The longer the season gets, the harder things get. Things will take care of itself in the future.

“I’m blessed to be able to wake up in the morning and play basketball. If I keep that mindset, things will take care of themselves.”

Hood and the Cavs agreed to a one-year, $3.4 million deal back in September. He has since made it clear that he is hoping to earn a multi-year deal with the Cavs.

Beyond that, Hood also touched on how playing with former Utah Jazz teammate Alec Burks has helped him continue pushing.

“It’s great, man,” Hood said. “We’re going through tough times, and to go through it with somebody that you know and you’ve been with since you’ve been in the league, it always helps.”

It’s a window into how NBA stars allow themselves to look on the bright side even when things are certainly not going their way.

According to a recent report, it seems possible that Burks could be on the move once again sometime soon. Considering that, both he and Hood are likely working to make the most of their time on the same team together before more roster turnover takes place in Cleveland.

A third of the 2018-19 season is already behind us. By this point, it stands to reason that the Cavs won’t be turning it around any time soon. Luckily, it looks like those currently on the roster know how to find the positives in everything, and are still committed to working and growing together as players and human beings.