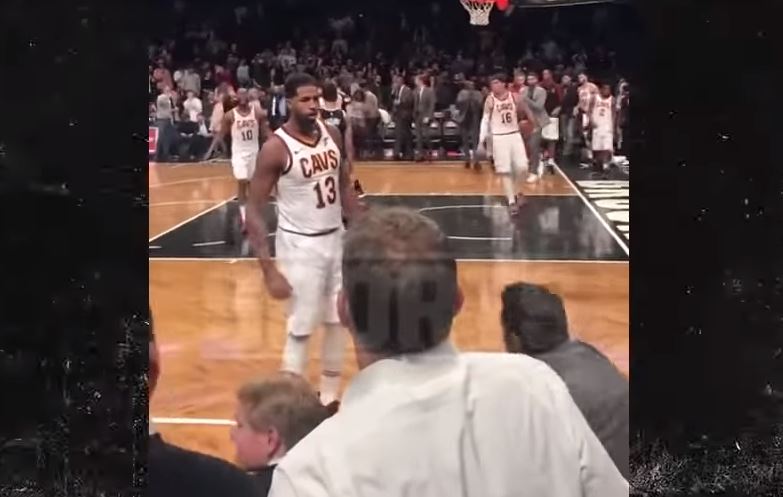 Tristan Thompson let his emotions get the better of him in the Cleveland Cavaliers’ victory over the Brooklyn Nets on Monday night, and today the NBA made sure to let the big man know that kind of behavior will not go unpunished.

This morning, the NBA announced that Thompson would be fined $15,000 for flipping off several fans sitting in the front row of Barclays Center seconds after the game was decided.

Cleveland's Tristan Thompson has been fined $15,000 by NBA for making gesture toward fan in Monday's game in Brooklyn.

It’s not all that surprising to see that Thompson received a fine for his behavior. While it wasn’t all that malicious, it certainly was not appropriate.

Luckily for Thompson, the $15,000 fine is small potatoes compared to the five-year, $82 million contract he signed back in 2015. The big man is set to make just over $17 million this year.

While Thompson’s contract has looked like a mistake at times due to underperformance, right now it’s looking like quite the bargain. Despite a somewhat slow start to the season, Thompson is averaging 11.8 points and 11.8 rebounds per game. He’s logged impressive and impactful double-doubles in eight out of the last nine games.

Regardless of the money, Thompson will probably want to avoid that kind of behavior from here on out, even if the fans he directed the gesture towards likely deserved it.