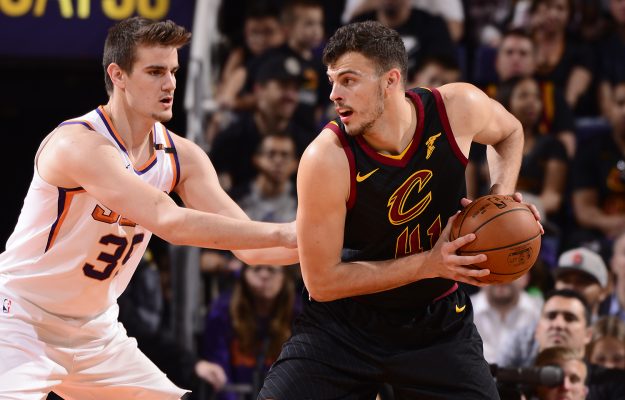 Building on their youth movement, the Cleveland Cavaliers have exercised their third-year option on Ante Zizic.

Zizic, 21, was part of the package that brought Isaiah Thomas, Jae Crowder and a 2018 draft pick to the Cavaliers in exchange for Kyrie Irving. While the 6-foot-11 center was an afterthought in the trade, he has stayed in Cleveland longer than Thomas and Crowder, who were dealt midway through last season.

Now with the Cavs extending the big man, Zizic appears to be a core player for the team’s future. In 32 games last season, the Croatian center put up 3.7 points and 1.9 rebounds in a mere 6.7 minutes a game. The youngster’s minutes are expected to rise this season as the Cavs prepare to develop their young players.

Cleveland’s decision to exercise their option on Zizic comes at a very challenging time for the franchise. After an 0-6 start to the 2018 NBA season, the team has fired head coach Tyronn Lue and learned that All-Star Kevin Love could be out for more than a month.

In other words, it might be time to start tanking.