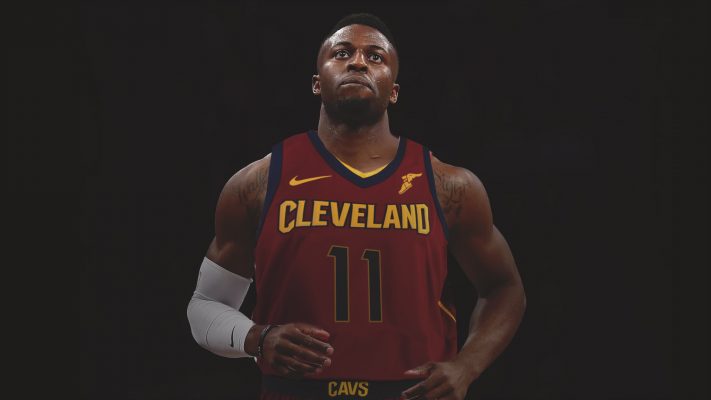 One of the more intriguing new additions to this season’s roster for the Cleveland Cavaliers has been guard David Nwaba, who became available in mid-July after the Chicago Bulls rescinded a qualifying offer to make him a restricted free agent.

His abilities on the court were enough to make him a desirable free agent, with Nwaba eventually choosing the Cavaliers over the Indiana Pacers.

Chris Fedor of Cleveland.com noted that the interest of the Cavaliers in Nwaba was evident soon after he entered the free agent market.

The team met with him in Las Vegas in late July, with the resulting talks, which included an offer of at least three years, eventually ending in a one-year pact. The 25-year-old Nwaba was offered a multi-year deal with the Pacers, but explained why he decided to choose the Cavaliers:

“Indiana wanted me for two years, but Cleveland seemed like a better fit. Young guys as well as veterans on this team so I thought it was a perfect fit and knew I was going to get my opportunity here.”

Nwaba also explained exactly why he rejected any multi-year offers:

“I thought I should prove myself before taking any offer long term. I chose the one year and bet on myself.”

After going undrafted two years ago, Nwaba was able to get the attention of the Bulls with his play in the G League. Last season as part of their rotation, his 23.5 minutes per game resulted in averages of 7.9 points, 4.7 rebounds and 1.5 assists. He also delivered solid defense, an area where the Cavaliers were lacking last year.

“That’s how I’ve been all my life,” Nwaba said. “Just looking to stop the best guy on the opposing team and taking that role. Have no issue with it and at the end of the day defense wins games. Take pride in playing defense and I have no issue playing that role.”

Nwaba also brings a 7-foot wingspan to the Cavaliers along with a strong work ethic. He’s focused on making his mark during the upcoming campaign:

“Just showcase what I bring to the team. I hope they know, but it’s my job to do that. Just looking for the opportunity that I know is there.

In seeing his tenure with the Bulls abruptly end, Nwaba got a painful dose of the reality of life in the NBA. Despite that experience, he’s focusing on the future:

“Thought I was going to stay there for years to come. But it’s a business. It all worked out, ended up still living the dream of playing in the NBA. Think this is a good opportunity here and just moved past it.”

While Cavs fans will get their first look at Nwaba during the brief exhibition season, they’ll be much more interested in seeing him perform when the season gets underway on Oct. 17 in Toronto.