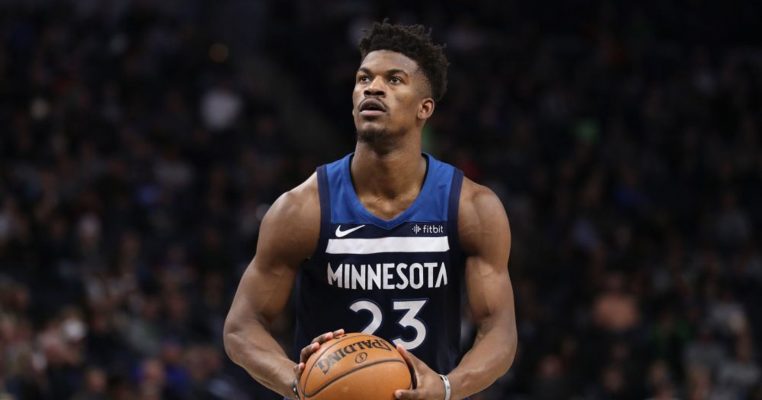 Minnesota Timberwolves disgruntled star Jimmy Butler requested a trade last week, and it seems the Cleveland Cavaliers are trying to make a deal.

According to one NBA insider, Cavs owner Dan Gilbert was seen privately speaking with Wolves owner Glen Taylor on Friday.

ESPN Sources: Another team pursuing a Jimmy Butler trade with Minnesota: Cleveland. Cavs owner Dan Gilbert was seen talking privately with Glen Taylor at NBA Board of Governors meeting on Friday. Both owners played a part in negotiating the Love-Wiggins deal.

While any details of a potential deal have yet to be revealed, another expert revealed that a trade between the two clubs would not be hard to come by.

Cavs can put together salary matching contracts fairly easily. They have some large deals. And Cleveland intends to be a playoff team this year if they can. https://t.co/dA1PLPTxMk

If the Cavs were to be able to bring Butler to Cleveland without dealing their current star Kevin Love in the process, they would quickly regain their spot as one of the most talented rosters in the Eastern Conference.

Last season, Butler averaged 22.2 points, 5.3 rebounds. 4.9 assists per game. He is also a force on the defensive end of the court and is known for his competitive nature. While he would not fill the massive void that LeBron James created when he signed with the Los Angeles Lakers back in July, he would certainly help.

Whatever happens, it seems the Cavs may have one more big move in them this offseason before the 2018-19 season officially begins.