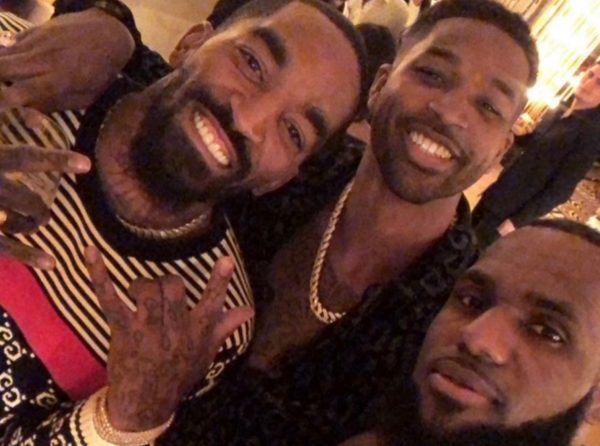 LeBron James may no longer be a member of the Cleveland Cavaliers, but that doesn’t mean his relationships with his former teammates have changed.

On Friday night, it became clear just how much the four-time MVP values his former teammates when he posted selfies with J.R. Smith, Tristan Thompson, and Kendrick Perkins at his and his wife Savannah’s fifth-year wedding anniversary celebration. 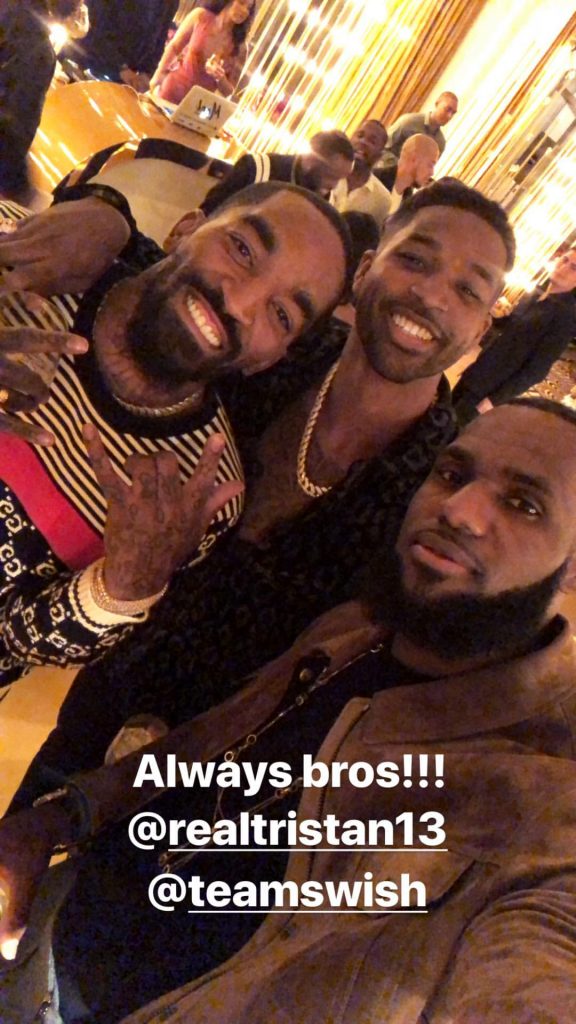 James wasn’t the only one to post from the party either. Smith couldn’t help but express his excitement when musical guest Travis Scott began performing at the anniversary celebration.

This isn’t the first instance that James has spent some quality time with former Cavs teammates this summer. Back in July, James and Kevin Love were all smiles while they worked out together in Las Vegas. It seems clear that while the three-time NBA champ will no longer be donning the Wine and Gold, much of his heart remains in Cleveland.

While it will certainly be a blow to see James suit up in another team’s uniform this season, it is heartening to know just how much his years in Cleveland clearly meant to him.

Who knows, maybe one day he’ll decide he wants to create new relationships in Cleveland all over again.