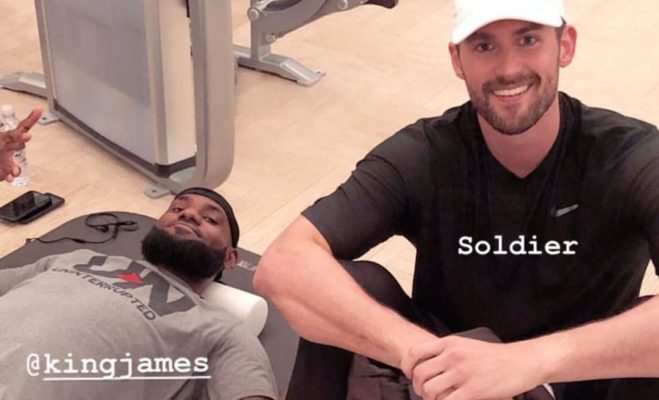 Just because LeBron James is no longer a member of the Cleveland Cavaliers doesn’t mean he can’t still work out with his former Cavs teammates.

On Thursday, Kevin Love took to social media to show him and James getting an early morning workout in together.

While Love is taking time out of his well-deserved offseason to take part in a Team USA minicamp in Las Vegas, Nev., James is watching is son go to work with his AAU team.

Earlier this week, James congratulated Love on the news that he had signed a four-year, $120 million contract extension with the Cavaliers. In his congratulatory tweet, James joked that the next meal they share together will be on Love.

It seems this meetup is a great opportunity for Love to make good on that dinner between the two former teammates.