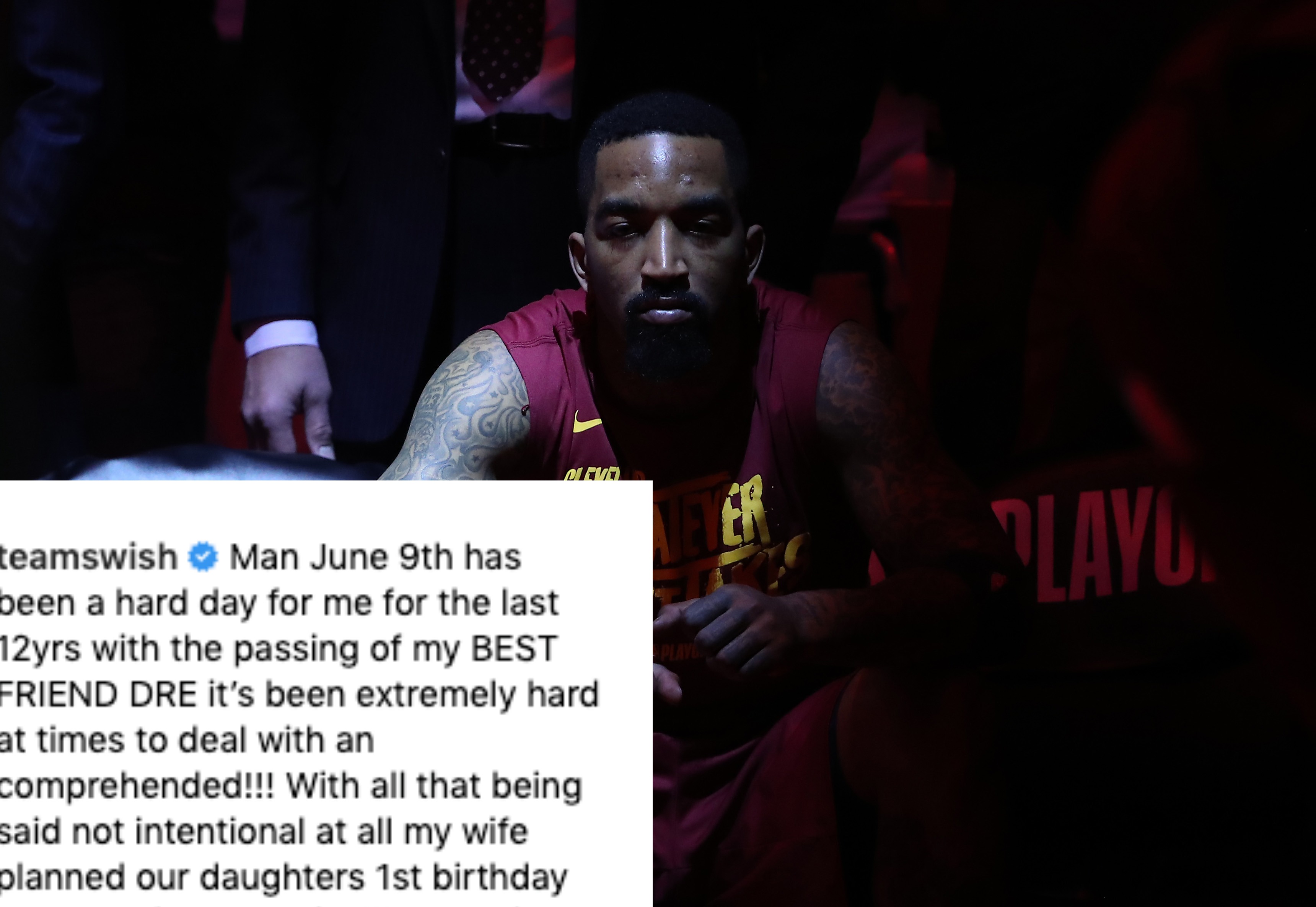 At some point this month, it is very likely that exiled Cleveland Cavaliers guard J.R. Smith will either be released by the Cavs or by a team that acquires him via trade.

Despite that presumed fate, Smith took time on Sunday to pay tribute to a close friend whose sudden death 12 years ago devastated the veteran.

Man June 9th has been a hard day for me for the last 12yrs with the passing of my BEST FRIEND DRE it’s been extremely hard at times to deal with an comprehended!!! With all that being said not intentional at all my wife planned our daughters 1st birthday party on the same day!!! Not only was it a day of celebrations she also carries his name Denver Andrea!! ??? To my Brother DRE, I LOVE YOU I MISS YOU AN YOUR SPIRIT WILL LIVE ON FOREVER! #RIPDRE #LongLiveDennyBooBoo

That friend, 21-year-old Andre Bell, was a passenger in Smith’s SUV on June 9, 2007, when Smith sped through a stoplight in Millstone Township, N.J.

While Smith only suffered a slight injury to his left shoulder and some scratches, Bell later died from his injuries. The woman in the other car was also injured.

Smith’s physical pain went away, but it’s clear that the emotional impact of that life-changing moment has lingered. Bell’s family later filed a wrongful death lawsuit over the accident and Smith was sentenced in 2009 to 90 days in jail. A total of 60 days of that sentence were to be suspended if he performed 500 hours of community service.

At the time of that tragic accident, Smith was a member of the Denver Nuggets. He was dealt to the New York Knicks in 2011 and then was traded to the Cavs in January 2015.

Smith’s time with the Cavs abruptly ended last November after he accused the team of tanking the 2018-19 season in order to obtain a top draft pick. He turns 34 in September and the final year of his contract only guarantees him $3.87 million of the $15.68 million in the contract.

Whoever holds the rights to Smith will most likely end up releasing him, which could put an end to his 15-year NBA career. Any team that does subsequently sign him will no doubt only offer him a veteran’s minimum contract, a far cry from the four-year, $57 million deal he signed back in 2016.