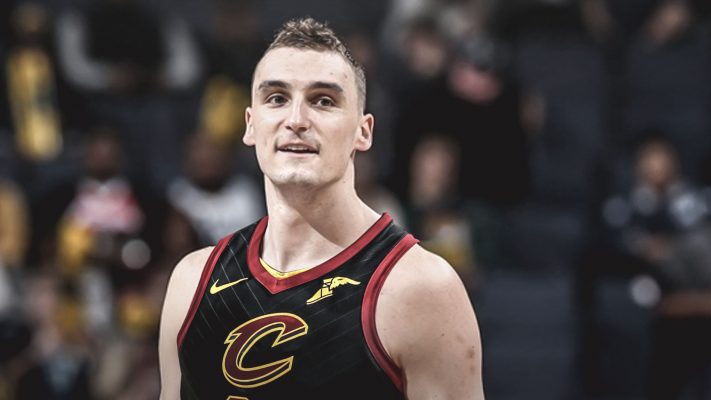 For the last four seasons, the Cleveland Cavaliers‘ identity has been intimately dependent on the fact that they were lucky enough to have LeBron James lead their team. James helped lead the Cavs to four straight NBA Finals appearances and one NBA championship.

While it seems highly unlikely that the Cavs will advance to their fifth straight Finals now that James is no longer on the team, newly acquired forward Sam Dekker believes his fellow teammates are excited to see what they can achieve without the four-time MVP.

Dekker spoke with the Manitowoc Herald Times Reporter about why James’ departure poses an exciting challenge for those who will don the Wine and Gold this season.

“They’re by no means folding up,” Dekker said. “I know LeBron did amazing things, got them a title, four straight Finals. I mean, no one will be able to replicate what he did for the city of Cleveland, but I think there’s a sense of excitement now that we can see what we can compete with now.”

He added that Kevin Love‘s four-year contract extension proved that the Cavs do not intent to rebuild, but instead continue to compete in the Eastern Conference.

“Signing Kevin (Love), I think, showed a lot of people that this isn’t going to be a rebuild,” Dekker said. “We’re going to still try to compete, add some pieces, and to be a part of that is exciting. I think there’s a lot of good room for growth, and I’m excited to be, like I said, a part of that and contribute and hopefully land a good role there and show what I can do.”

According to earlier reports this summer, it seems that Dekker may have struggled with some maturity issues during his first two season in the NBA. Based on his approach to this season, however, it seems he has grown up quite a bit.

Hopefully Dekker will do quite a lot to help the Cavs compete in the 2018-19 season.