Report: Sam Dekker Has Been Plagued by Maturity and Focus Issues 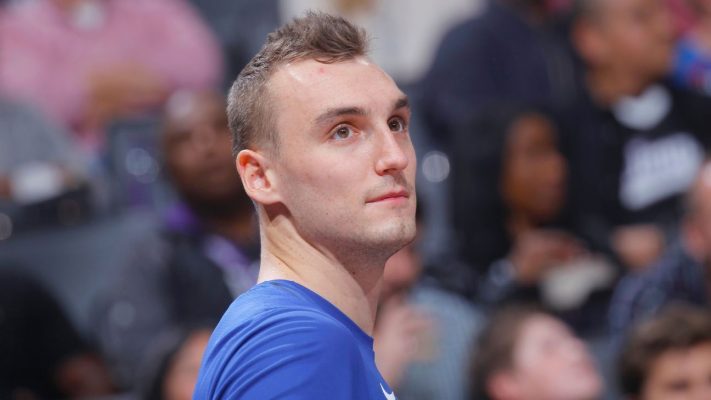 On Sunday, the Cleveland Cavaliers acquired Sam Dekker from the Los Angeles Clippers in a move to bolster their bench. While the move is expected to offer the fourth-year forward an opportunity to get more playing time and develop, it appears that he’ll also need to broaden some aspects of his game off the court.

“A lack of maturity and focus regarding basketball” have plagued Sam Dekker throughout his career, one league source says. Chance for a fresh start with the #Cavs now. Dekker is talented and young enough to turn it around. https://t.co/SKIY8iubV0

The fact that the Cavaliers will be the 24-year-old Dekker’s third team since he was drafted in the first round by the Houston Rockets in 2015 is one indication that he hasn’t lived up to the promise of being an 18th overall selection in that year’s draft. After being dealt to the Clippers in June 2017, he saw action in 73 games but averaged only 4.2 points and 2.4 rebounds per game. In addition, while he connected on 49.4 percent of his shots from the field, his shooting from beyond the arc saw him connect just 16.7 percent of the time.

That perceived lack of maturity and focus on the game would seem to point to a poor work ethic. However, after Dekker was traded from the Rockets to the Clippers last year, Dan Woike of the Los Angeles Times quoted a Western Conference scout’s opinion of Dekker:

“He’s got a good work ethic and is a great athlete in the open floor. He really runs. He can attack from the wings. I think he’s improved on his decision making. He just needs a steady improvement in his minutes. He needs to play 15 to 20 minutes per game. I think he’s ready for it.”

While the Cavaliers have lost a player who’s been the epitome of work ethic in the NBA in LeBron James, they still have veteran players like Kevin Love, Tristan Thompson and George Hill. That affords Dekker the chance to tap into their past experiences or follow their examples, with the hope being that he can finally reach the potential that was expected of him just three years ago.

In truth, the Cavs’ financial investment in Dekker only amounts to $2.76 million for the upcoming season. That means that the reality of his dwindling NBA opportunities will either finally sink in or the Cavaliers won’t waste a lot of energy in being the latest team to give up on him.