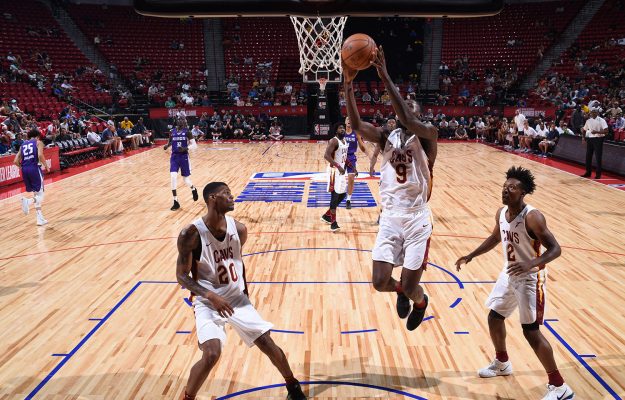 With news breaking that the Cleveland Cavaliers are on the verge of acquiring Los Angeles Clippers reserve forward Sam Dekker, the team on Sunday did some housekeeping to make room for him by releasing one of the current players on their roster. Forward Okaro White, who never actually played for the team after being signed by it late last season, is the odd man out.

Joe Vardon of Cleveland.com notes that the timing of White’s release was financially motivated, with a pending deadline making it imperative that the move take place today:

“White, 25, would’ve made $772,000 from the Cavs, whether he was on the final roster or not when the season starts. The team had until 5 p.m. today to waive him before he was guaranteed any money.

“A source said the Cavs asked White if he’d consider extending the deadline to guarantee his salary to the start of the regular season, and he declined.”

White had played parts of two NBA seasons and averaged 2.9 points and 2.3 rebounds per game. The Cavaliers signed him late in the regular season to a 10-day contract, then gave him a two-year deal at the conclusion of the regular season. White saw no action, in part because he was still rehabilitating a broken foot. He did play for the Cavs’ Las Vegas Summer League team, averaging 6.0 points and 7.4 rebounds.

With White’s departure and the arrival of Dekker, the Cavaliers have four open roster spots remaining, with 11 of their players under contract. The team’s training camp begins at the end of next month.