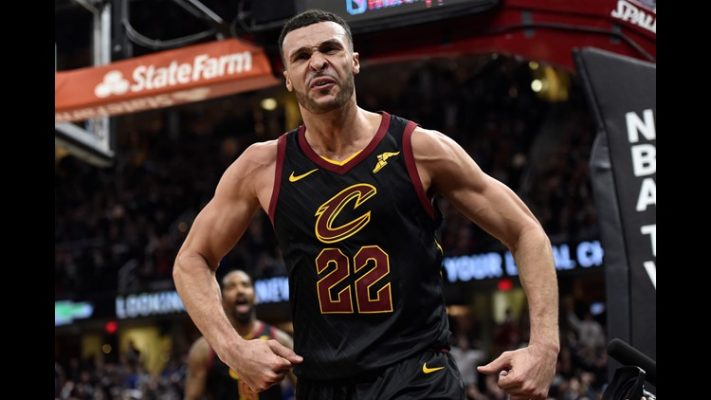 The Cleveland Cavaliers could face a tough offseason this summer as LeBron James decides on where he wants to play next season. Other than that, the Cavs also have to deal with at least two other player scenarios that do not involve trades.

One of them is the possibility of extending Larry Nance Jr.’s contract, while the other involves the team needing to make a qualifying offer Rodney Hood. The 25-year-old Akron native is entering the final year of his rookie deal signed with the Los Angeles Lakers in 2015. The Lakers traded Nance to the Cavs last February and he has been in and out of Tyronn Lue‘s rotation since.

Nance averaged career-highs of 8.9 points and 7.0 rebounds in 24 games for Cleveland during the regular season, playing 20.8 minutes per game. His playing time dropped to 15.4 minutes a night in the playoffs and he averaged 4.8 points and 4.5 boards in 20 games.

Despite that, there are reports that Nance and the Cavs are both interested in reaching a contract extension agreement this summer. Should the Cavs decide not to extend him this year, Nance is due $2.3 million next season and could enter restricted free agency in the summer of 2019.

According to the Cleveland Plain Dealer‘s Joe Vardon, there is no real hurry for the Cavaliers to extend Nance. Vardon said that the club would first want to see which team James will end up playing with before the front office turns its attention on Nance.

Even if the two sides are unable to agree on an extension, Cleveland would still be able to keep Nance next season before he could become a free agent next summer.