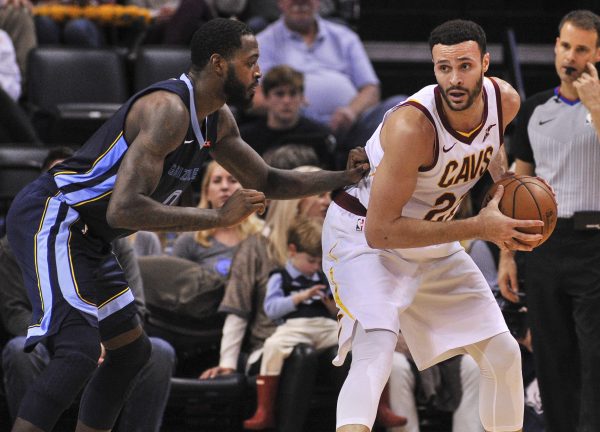 The Cleveland Cavaliers have a lot of room to improve, but big man Larry Nance Jr. believes it all has to start with the team’s defense.

Nance spoke about the Cavs’ defensive woes prior to their Friday night matchup versus the Miami Heat.

“Our defense as a whole has to make that happen,” Nance said prior to Friday’s shootaround in Miami. “It’s hard to take it out of the net and beat them down the court. When we’re playing so poorly defensively we can’t really run.”

At the moment, the Cavs rank dead last in team defensive rating at 115.0. While that is a problem all in itself, Nance also explained how the issues on the defensive side of the court has kept the Cavs from playing their best basketball on the offensive side as well.

“That we haven’t figured out yet,” Nance said. “We’re better in the fullcourt than the halfcourt and that’s something that we need to see if we can get more of. On the break, we have five guys that are pretty dangerous out there. Halfcourt offense, teams are starting to stall us and slow us down a bit. Something we have to stay focused on.”

Nance definitely knows what he’s talking about. Collin Sexton and Cedi Osman have both shown their ability to get to the basket on the break, but the defense is certainly holding everyone back from playing their best ball.

According to a recent report, big man Tristan Thompson could make his first appearance in severals weeks in tonight’s game as he nears the end of his recovery from a sprained foot. His injection into the Cavs’ rotation will certainly help on the defensive side, but it won’t fix everything.

One LeBron James decided to leave Cleveland and sign with Los Angeles this past offseason, it became clear that the Cavs were in for a very different kind of season than fans have grown accustomed to. While the going is definitely tough at the moment, it is great to see veterans like Nance continue to voice his desire to improve.

Hopefully, addressing the problem will help help Nance and hims teammates solve it sooner rather than later.

cleveland cavaliersfeaturedlarry nance jr.news tickerTristan Thompson
← Previous Story Report: Cavs Hint at Kevin Love Comeback via Social Media
Next Story → Dwyane Wade Says He Wouldn’t Have Signed With Cavs If He Knew He Was Going to Be Traded