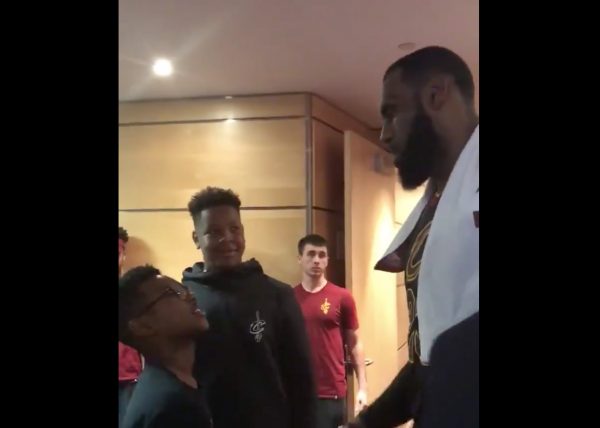 LeBron James has made it quite clear that one of his NBA dreams is to play alongside his son LeBron James Jr., should he ever follow in his father’s foot steps and make it to the NBA.

Thanks to the miracle of computer-generated imagery, James got a taste of what that might look like when a fan created an epic highlight video depicting a CGI version of both father and son playing alongside one another in the NBA.

James was understandably quite excited about the video and decided to share it on his own Instagram page.

One interesting thing to note is that in his own caption of the video, the four-time MVP used the hashtag #TheKidsFromAkron. While there is no proof of this, it is possible that James is hinting at his hope of returning to the Cleveland Cavaliers one last time in his career to play alongside his son in the Wine and Gold.

While James’ place in the NBA is obviously assured, it remains to be seen whether or not his son can take his talents to the NBA as well. If this video is any indication, the two joining forces in the NBA would certainly be something to behold.