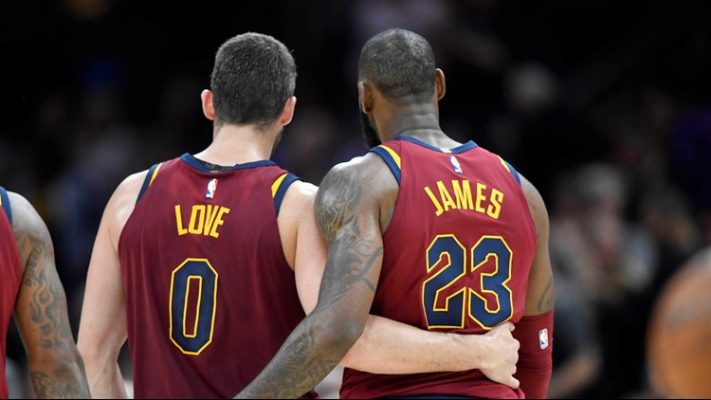 Love is in the rarefied air.

Love scored 18 points in the Cavaliers’ 116-110 loss at San Antonio. That scoring output gave him 12,001 points in his career. Last season, Love reached the rebounding and 3-pointer milestones, and his current numbers currently stand at 7,393 boards and 1,076 3-pointers.

The only other players in NBA history to achieve that kind of production in all three statistical categories include Love’s former teammate LeBron James, as well as Kobe Bryant, Antawn Jamison, Jason Kidd, Dirk Noirzki, Paul Pierce, and Rasheed Wallace.

Love would have undoubtedly reached the milestone earlier in his career, but injuries have limited him throughout his career. He played just 18 games during the 2012-13 campaign, when he was a member of the Minnesota Timberwolves. This season has seen him take the court for just 21 games through last night following toe surgery in November.

Over the course of his career, Love has averaged a double-double, scoring 18.3 points and grabbing 11.3 rebounds per game. During his five seasons in a Cavs uniform, he’s maintained slightly lower averages of 17.2 points and 10.1 rebounds.

Last summer, Love agreed to a four-year contract extension that begins next season and will pay him $120 million over that time frame. While the possibility of his being traded has been a constant during his tenure with the Cavs, he’s indicated a willingness to be a part of the team’s arduous rebuilding process.