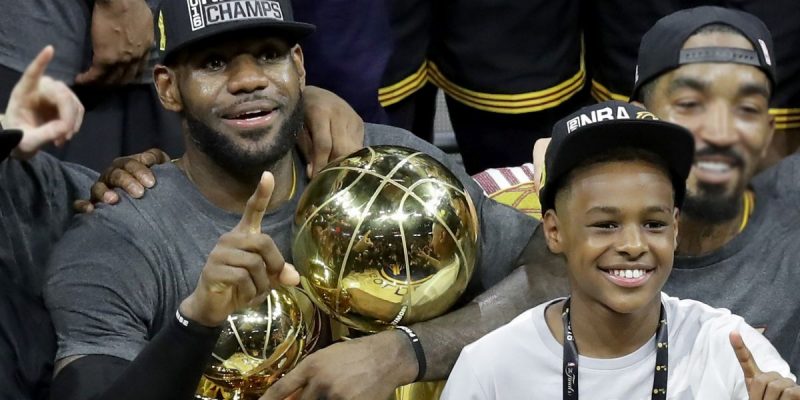 LeBron James Jr. is making waves as he continues to grow into an incredibly talented basketball player.

On Sunday night, James Jr.’s father, LeBron James, responded to a reporter’s questions regarding whether or not he would like to play with his son if he ever makes it to the NBA.

The conversation, which took place prior to the Cleveland Cavaliers’ game against the Los Angeles Lakers on Sunday, began when the reporter brought up recent videos of James Jr.’s on-court performances.

“He got a chance. He got a chance. If he stays where he at right now, along this path, he’s got a chance,” James said before the reporter brought up the possibility of the two playing together in the NBA in the future. “If he has a chance, and it seems like he can make it? Got to. You gotta do it. You got to, absolutely. As soon as we do it, boom, go ahead son, you got it from here.”

Hopefully James’ hopes for his son’s future come to pass so that we can all enjoy another James era in the NBA.