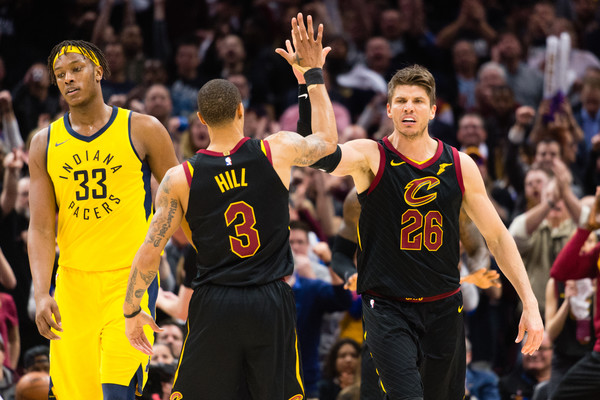 With the recent departure of Cleveland Cavaliers superstar LeBron James, it’s looking more and more like the team will be taking on a rebuilding route for next season.

According to Amico Hoops, the Cavs are actively looking to move guards George Hill and Kyle Korver this offseason:

“The Cavs are facing a rebuild with LeBron James’ departure. The franchise wants to unload Hill’s massive contract and, ideally, acquire draft picks in exchange for Korver, sources said.”

Hill is due just under $40 million over the next two seasons, while Korver will be making $7.5 million annually.

There were questions as to whether the Cavs were looking to contend this season or not, however with this recent report, it seems that they’re looking to go into full rebuild mode.